When is PND NOT PND? Part One

According to NHS direct:

"Postnatal depression (PND) is a type of depression some women experience after they have had a baby. It usually develops in the first four to six weeks after childbirth, although in some cases it may not develop for several months. There is often no reason for the depression.
There are many symptoms of PND, such as low mood, feeling unable to cope and difficulty sleeping, but many women are not aware that they have the condition. It is important for partners, family, friends and healthcare professionals to recognise the signs of PND as early as possible so that appropriate treatment can be given.
It is very important to understand that having PND does not mean you do not love or care for your baby." 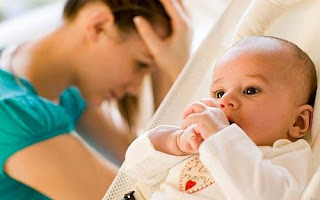 And this is absolutely true - for women with PND it's important they get effective support as soon as possible; for those supporting mums to be aware of signs and help mum obtain the help they need.

But, I also wonder how often PND is MISdiagnosed.

Via Milk Matters I see lots of mums who have been struggling for various amounts of time with different problems, but what I've noticed is a large percentage are either diagnosed with PND, or it has been suggested to them they may be suffering from it.

If someone is living in a really difficult situation - perhaps their baby cries excessively, or pulls off the breast mid feed to writhe and cry; mixed in with painful feeding plus perhaps discomfort between feeds. Throw in a baby who will never be put down and so parents are sleeping in shifts whilst the other holds baby on their chest, which after weeks creates extreme tiredness.  Add to the mix that the mum has often seen numerous health professionals and had either a) conflicting information b) numerous attempts at help none of which have worked c) mum feels like she is banging her head against a brick wall.

Do we expect her to be doing an Irish jig of happiness?

A mum last week springs to mind.  After weeks of feeding problems, pain and a constantly unsettled (ie screaming for long spells) baby, she had gone back to the doctor again about the ongoing agonising pains in her breasts.  She had already taken multiple courses of antibiotics, and so the pain was now assumed to be thrush and had been medicated accordingly.  As it still hadn't improved she had gone back to the doctor, by now pretty desperate, describing the pain as "unbearable"and the doctor recommended more antibiotics.

"How will that help?" She had asked confused, "baby becomes more unsettled each time I take a course - and it hasn't stop the pain before."

The Doctor advised the mum that if she did not like how he was treating her she was welcome to complain to the practice manager.

The mum, promptly burst into tears.

Do you think you may be depressed?  the Doctor had asked....

I don't feel depressed the mum told me - in pain, frustrated at the conflicting advice which never resolved the pain and utterly BEEPED off, yes! 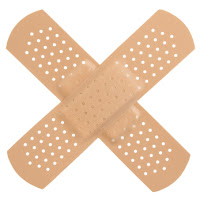 Her story is not an isolated case.  Many mums who have spent weeks or months struggling, experiencing ongoing pain which can impact on how mum feels about baby (who may always want to feed as soon as he goes to mum, which for her equals pain) seriously broken sleep - not just with a frequently waking baby, but a frequently waking baby who cries for hours when he does wake are in a fragile emotional/mental state, but is that depression?

In many cases when the pain stops and the baby settles - mum describes it as "life changing".  When the situation that is so tough improves, so does mum.  Of course some women suffer true PND, but I also wonder if it isn't at other times a rather large sticking plaster for incompetent care.
Posted by Analytical Armadillo IBCLC