Why "Modest" & "Discreet" Shouldn't Be in Your Breastfeeding Vocab 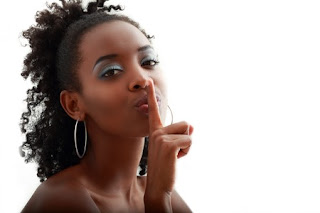 I hear so often about how hard women try to breastfeed discreetly or modestly.  I mean it's not as as though the shift to caring for a small person 24/7 isn't quite enough to be dealing with; apparently they should also be mindful and take care to ensure not an inch of flesh is exposed.

Random ignorant members of the public who seemingly can't use their neck or eyes to filter their environment - trump the rights of either mum or baby.

Young babies who are feeding well tend to be still and focused due to the ongoing transfer of milk, particularly at the start of a feed; others however pop on and off, turn their head, kick their feet, giggle, cry, arch or any combination of the above.

A baby who has really trapped wind can wriggle and writhe, all limbs flailing.  One mum described it as akin to trying to feed the cartoon " Tasmanian Devil", another that surely it would be more practical for them to grow arms at a later stage when they needed them - they can't control the ones they have and they really just get in the way if baby gets into a tizzy.

We often end up laughing, however for some mums it's far from funny.  They may avoid feeding in public because in addition to the embarrassment felt that their baby's struggling to feed, the risk of exposing "their whole boob" can be unsettling.

Why should anyone be panicking they're being judged when feeding their baby? - when many experience hiccups and bumps in the road.  Breasts are located smack bang on the front of a person, which makes hiding them really quite difficult.

Men get to remove their tops without the world ending, modesty is a female only thing.  In fact it did used to be just as taboo for men to expose their chests, until they protested and they're not even revealing their nipples to do something useful like keeping someone alive.

Let me be clear, I have absolutely no problem with mums who choose to cover up.  It's your body and if you want to wear a row of structured nursing covers to build yourself a tent - go right ahead.

What I take issue with is the suggestion this is discreet or modest breastfeeding.
Synonyms: pure,virtuous. demure. Modest implies abecoming shyness, sobriety, and proper behavior: a modest, self-respecting person

The further problem with language is when we label one way of feeding "discreet", anyone who chooses not to cover to the same degree or shows more flesh is potentially "indiscreet".
We need to think about the words we use and the impact they can have.  They're just breasts and as the Sparrow Folk highlight they're really not that scary.  Babies need to feed and we need to give new mums the support and confidence to feed their babies wherever they are.