Response:Guardian Letter to a Lactation Consultant 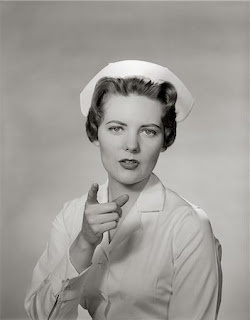 On Saturday The Guardian printed an anonymous “parent piece” from a mother who has a bad experience with a “lactation consultant” and her tongue tied baby.

Many aren’t aware that “Lactation consultant” is neither a recognised nor protected title. Your sister’s, friend Margaret who breastfed for half a day can call herself one.

Similarly, there isn’t an NHS job titled “lactation consultant” either (unlike I believe in the US) - so who this person was or what their qualifications are is incredibly unclear.

International Board Certified Lactation Consultant (IBCLC) is a certified title (although not registered and so ultimately poorly protected) , yet 90% of the time when someone says “lactation consultant”, the person doesn’t hold this certified title.

Unlike in the US, many hospitals in the UK don’t employ a certified IBCLC, even under a different title - although some do.Parents therefore often refer to anyone who helps them breastfeed as the lactation consultant.

As an IBCLC I cringed at the claims of what someone supposedly said, or perhaps implied.

So this certified lactation consultant is going to add another perspective:


So what appears to have happened here is mum has been discharged attempting to breastfeed a tongue tied baby, with the first mention of support being after a problem has arisen.

The shallow latch meant baby couldn’t pull a full feed, despite feeding at the breast and so was still hungry afterwards. To try and provide more milk for the still hungry baby, mum has expressed - yet many are not given appropriate guidance on how to drain their breasts effectively with a pump. This means mums can invest significant chunks of time, for little milk removal. Some mums struggle to express well even if they have oodles of milk - triggering the milk ejection reflex is a learnt art and even then, some mums don’t respond to a pump the way they do a baby.
As a result of the reduced milk removal though, mum’s supply may reduce further despite her dedication - rather like pushing a boulder up a hill. This can quickly become understandably overwhelming.

The next section again leads me to question whether this was a certified IBCLC:

Lactation cookies and tea aren’t on the whole evidence based, and certainly not routinely recommended in the UK (much more popular in the US) - they tend to have more popularity on parent to parent social media pages.

Essential oils aren’t within the remit of an IBCLC and so would never be suggested in the UK (unless presumably the practitioner is also a certified and insured aromatherapist). Any parent needs to drink normal amounts of water and consume normal calories - drinking and eating excessive amounts doesn’t link to milk supply, so again this is a rather bizarre statement from someone who has supposedly undertaken rigorous training.

There are good and bad in any profession, I saw an appalling GP for an emergency appointment for a relative recently - not that I’m sure the Guardian would be interested in that though.

I’m not sure whether this article originated in the UK as the guardian doesn’t specify - but I’m sure many parents can relate to unskilled support lacking appropriate counselling skills they often find themselves left with.

I won’t hold my breath for a guardian article that follows from a mother with a polar opposite experience, I suspect I’d be quickly turning blue.
Posted by Analytical Armadillo IBCLC No comments: