News headlines to cover this study include: 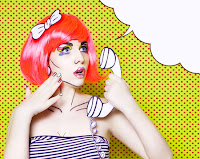 "The Breastfeeding Health Risk No One Talks About"


"Women who breastfeed may putting their babies at risk for something that's rarely on a newborn mother's radar: cavities.

According to a recent study published in Pediatrics, despite the fact that breastmilk is nutritional AF (and 100 percent free of charge!), moms should be wary one of the common downsides, particuarly for those who nurse their babies well beyond their first 6 months.

For the study, researchers analyzed breastfeeding behaviors and sugar consumption of 1,129 children. What they found was that kids who were breastfed for two years or longer were 2.4 times more likely to experience severe cavities than those breastfed for less than a year.

The study's author, Dr. Karen Peres told CNN, “There are some reasons to explain such an association. First, children who are exposed to breastfeeding beyond 24 months are usually those breastfed on demand and at night. Second, higher frequency of breastfeeding and nocturnal breastfeeding on demand makes it very difficult to clean teeth in this specific period."

Perhaps Dr. Karen Peres isn't aware studies have found that whilst soaking a clean tooth in lactose (the sugar in breastmilk) results in caries, breastmilk as a complete substance doesn't.  And it seems barely anyone is aware of all the studies prior to this that found the opposite, including conclusions such as
Otherwise they'd have realised Dr Peres' explanation made zero sense.  But hey now, let's not let evidence stand in the way of a hefty dose of sensationalism.

Of course I had to get my hands on the original.

Within a few seconds I'd established an association a whole lot more plausible than that proffered by Peres.

Many Brazilian children don't brush their teeth properly and/or see a dentist regularly.


At age 5 years, 37.0% of the children had visited a dentist, and 45.7% still received assistance when toothbrushing. 17

Brushing should be assisted until children are 7.  Whilst many may be enthusiastic, dexterity to ensure all surfaces are adequately cleaned is required.  The NHS also recommend:

Take your child to the dentist when their first milk teeth appear. This is so they become familiar with the environment and get to know the dentist. The dentist can help prevent decay and identify any oral health problems at an early stage. Just opening up the child's mouth for the dentist to take a look at is useful practise for the future.

Remember the researchers  above concluded dropping a clean tooth into breastmilk didn't cause decay? They conversely found:


"HBM is not cariogenic in an in vitro model, unless another carbohydrate source is available for bacterial fermentation"

This perfectly ties in with the presentations by Dr Brian Palmer who noted:


"There are 4,640 species of mammals, all of whom breastfeed their young. Lactose is present in most of the breastmilk of these species, yet humans are the only species with any significant decay in deciduous teeth. Modern Homo sapiens have been around for 30,000 to 35,000 years, but dental decay, however, did not become a significant problem until about 8,000 to 10,000 years ago. Anthropologists believe the increase in decay was primarily due to the advent of the cultivated crops."


"Rice and beans is a staple of the Brazilian diet. They are usually eaten with a protein (meat or eggs), salads, farofa (a toasted flour of manioc or corn). The afternoon snack (merenda or lanchinho) is a small meal between lunch and dinner, and it could consist of coffee, tea or chimarrão, which is a traditional infusion of the South, accompanied by cookies, typical cakes or bread. Dinner consists of a light meal of soups, salads and vegetables, and pasta and rice-and-beans are the most common dishes."

So in short, brush your teeth, see your dentist, encourage your toddler to snack on cheese instead of carbs (traditionally aged cheddar would be perfect) and breastfeed as long as you blooming well want. 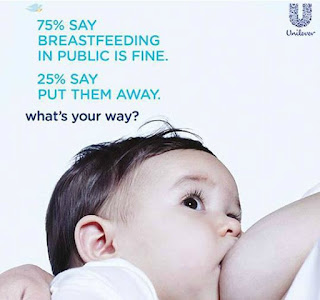