When I was asked if I wanted to review some hand sanitiser, I jumped at the chance.  It's something I have to use numerous times most days when working with babies.  As anyone who uses them regularly will know, highstreet brands really take their toll on your skin; so I was happy to try an alternative.

The other problem I have with antibacterial gel is heat.  Carry it around in a warm car or bag all day and your gel soon becomes liquid!  The number of times I've opened the bottle and exerted the typical pressure required to release the gel, only to be swimming in the stuff - too many to count.

Green People's organic sticky hand sanitiser tackles both problems in one.  Instead of a gel, it's mousse (think big hair of the 80's) which stays "moussy" even when warm.  It's also a lot easier for small children to handle than a gel, which can slide off their hands - something appreciated by my 5 year old who spent some time smooshing it between his fingers because it "felt nice".

I've found a half pump is more than enough to do my hands - and although it feels really sticky and weird for a minute or so, I found this completely goes once it's rubbed in leaving no residue and hands soft.  It also doesn't leave a lingering taste on your hands, which is good if you're going to eat something straight after that involves licking fingers (big plus I discovered one day after using a different brand <gag>)

I would like another fragrance as I can smell lavender quite strongly and it's not a favourite of mine  - but this isn't a biggie.  I also think a half sized bottle may be handy for handbags etc for when you've moved on from that life in a baby bag of early babyhood - and ideally for children if the pump dispensed half the amount I think it would be more than adequate (given it may be trickier for them to depress halfway)

But the best news is no more dry knuckles!  They're almost completely healed despite using the sticky hand sanitiser even more than usual due to spending time at the all day feeding group.  A keeper for me :)


"I have to say I wasn't entirely impressed with the product.

It's packaging was good and I liked the pump action spray.  It was easy for small hands to use.

My 4 year old boy had great fun pumping the soap out and spreading it all over his toy table.  I also liked the foam - well my boy did anyway.  It makes it more interesting for my son who hates hand washing with a passion.  The opposite of his father.

Sorry I digress.  I didn't like the smell of it.  For some reason it smelt chemically.  Also once you put it on your hands it was sticky for a while.  I know it said sticky on the bottle but I thought that meant that the kids hands would be sticky before not after using it.

I like the concept and packaging but not sure about the smell and the stickiness.  Also, it might have been nice to have a more interesting colour that white to engage my boy to use it on his hands.  Rather than all his toys although it was supposed to be used for that too.  Its good that you can use it for toys and its safe for babies (as I have one of those too)."


"The first thing I noticed when I opened my package was a lovely citrus scent. This surprised me as all the organic hand sanitisers I’ve used before now have been un-fragranced.

As well as cleansing after the day to day nappy changes of my newborn baby, the product also accompanied us to muddy day trips and the seaside.

For day to day use it is very effective at freshening up my hands, leaving no residue and my hands feeling soft – which was another surprise along with the delicate scent. 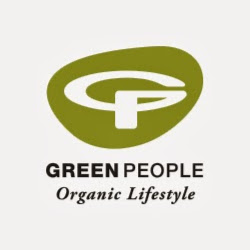 For more heavy duty cleaning it also stood up well. Having been the nominated wellie-pull-er-off-er after a muddy day my hands were need of soap and water, but with no available tap I thought I’d give the hand sanitiser a go. It took maybe three pumps but definitely did the trick! I even used it to clean my three year olds sticky face after a lolly at the seaside..

All in all I was very impressed with the product and being free from nasties and 96.7% organic, I was happy to use it on myself and my children even before mealtimes."

Pootle (my eight year old daughter - exactly as she wrote it on her insistence I not change a thing - I have no idea who she gets it from!)


I like this sanitiser because its got a citrusy smell, but it's quite strong so some people might not like it.  It would be nice if it smelt of vanilla ice cream, but then maybe small children might want to lick it.

It's pocket sized so good for putting in your bag.

The pump makes it easy for children to use with some adult supervision, but quite a lot comes out so you might have to take some if your child has small hands.  It's quite sticky and took quite a long time to rub in because there was so much, but my hands felt nice and clean afterwards.

I like this much more than the gel sanitisers.


Where to get:  Online at www.greenpeople.co.uk or I'm told Waitrose currently have this on offer with 20% off.
Posted by Analytical Armadillo IBCLC