Baby Taming - if it works, does that make it right? 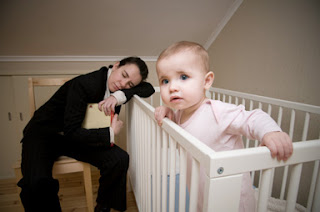 Something I hear from time to time on random groups is "we started x and two days later my daughter/son was sleeping 20 hours!" (OK I exaggerate a tad but you get the point)

As I've said before, sleep is seemingly the holy grail by which all babies are measured.  "Is he a good baby?", "Is he good for you at night", "Is he sleeping through yet?", "I'm lucky my kids are great sleepers".  Good or great is defined as sleeping for a long period - even better if you can get up and leave them all alone whilst they do that without them protesting!  Good is based solely on whether it suits the parents, and boy do they love to tell others if their baby is doing it "well" - in some circles having a baby who sleeps super long stretches is the badge of an amazing parent!  Others turn to them, desperately seeking advice on how they too can convince their baby to do the same.

Just today I read a message from a mum who had found her child at six months woke for two, yes two (shock horror) night feeds;  yet three days after starting "sleep training" her baby now slept 14 hours straight.  She would recommend the method to everyone (and anyone), it was brilliant etc.

And from a tired parents point of view perhaps it is.

But just because something gives the result we desire, does this make it the right course of action? 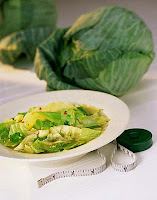 Say you wanted to lose weight; you could crash diet - eat only cabbage soup or liquidised nettles, or whatever the latest trend at the time is.  The result would be (if you managed to follow it without giving in, you have to be determined) weight loss.  Furthermore it tends to be rapid - thus that course of action has achieved the aim, it worked.

Yet most people now recognise crash dieting, whilst appearing to give fast results is not actually all that great. The weight loss is for the most part water, not fat - and as soon as you start eating normally again the weight goes back on.  In fact there are a whole bunch of risks linked to crash dieting.

This is in many ways similar to sleep training.

Leaving the baby to cry (whatever sort of cry that may be) can appear to give fast results - yet many mothers find they have to "retrain" their baby regularly once the pattern is disturbed; perhaps due to teething, illness or holidays.

A child who stops waking can appear to give the parents the result they were looking for - but a baby whose cry is persistently ignored of course stops calling, which research shows actually isn't all that great for the child.  Just like with a strict diet the parent often has to be determined, "you mustn't give in" we hear when mums comment how hard it was to ignore their baby's cries (but they have to right?  otherwise baby will manipulate them!).  The fact brain scans have shown young babies are incapable of manipulation is by the by - who cares why the babies are crying right, as long as they stop?  But I digress:


"Research suggests that longer stretches of deep sleep are associated with sudden infant death syndrome (SIDS) and babies who sleep longer/deeper may be more vulnerable to SIDS (see in particular the research of James McKenna, PhD). Some scientists are saying that it appears that long sleep stretches are not "natural" for human infants and that sleep interruptions in the early months may provide a protective factor against SIDS. More research is needed on this subject, but parents might want to think twice about significantly manipulating baby's natural sleep pattern in the early months."

As I've said before, we don't get this information in the training manual!


"In 1992 we set up equipment in our bedroom to study eight-week-old Lauren's breathing while she slept in two different arrangements. One night Lauren and Martha slept together in the same bed, as they were used to doing. The next night, Lauren slept alone in our bed and Martha slept in an adjacent room. Lauren was wired to a computer that recorded her electrocardiogram, her breathing movements, the airflow from her nose, and her blood oxygen level. The instrumentation was painless and didn't appear to disturb her sleep. 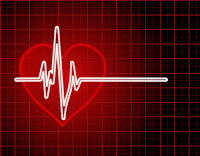 A technician and I observed and recorded the information. The data was analyzed by computer and interpreted by a pediatric pulmonologist who was "blind" to the situation—that is, he didn't know whether the data he was analyzing came from the shared-sleeping or the solo-sleeping arrangement.

Our study revealed that Lauren breathed better when sleeping next to Martha than when sleeping alone. Her breathing and her heart rate were more regular during shared sleep, and there were fewer "dips," low points in respiration and blood oxygen from stop-breathing episodes. On the night Lauren slept with Martha, there were no dips in her blood oxygen. On the night Lauren slept alone, there were 132 dips. The results were similar in a second infant, whose parents generously allowed us into their bedroom."


"When parents provide reassurance through emotional communication, Teti and his colleagues believe that it lets children know they are in a safe environment"


The reality is many babies are not naturally supposed to sleep long spells - if they were, why would they need training or a pacifier to do so?


What happened before lists of rules appeared - did babies never sleep?  Why do some assume a baby doesn't want to?  And will do everything including making themselves sick on cue to avoid it?

Another fact rarely considered by some "sleep experts" is that some mums need night feeds to maintain their milk supply.  Whilst some seem to have a bullet proof supply no matter what they do, others can find not feeding at night when prolactin levels are highest -  can quickly have a knock on effect on both supply and their baby's weight gain.

Some babies will conform and bend to a schedule easier than others - perhaps they are of a more relaxed, laid back nature (and often these are the infants that may not complain even if weight gain slows or stops - some may happily take a pacifier instead).  Others will continue to wake, cry and try to let their parents know what they need in the only ways they can; sounds and crying, eye contact and body language.  Given some experts tell you to ignore the cries and not look at the baby - that pretty much eliminates all the options the baby has.

Mums who have bought into the "sleep training ideal" can spend days, weeks and even months trying to work out what they are doing wrong, why their baby doesn't sleep like everyone else's once the routine is in place.  Of course the books propose that if you had everything right, baby would sleep - it has to be something the parent is or isn't doing.

The best tip I could give any new mum is bin any book that can't provide some sort of evidence based for their opinion.  Look for books from qualified people; if you want to read about breastfeeding, look for something written by a qualified expert in that field.  Look at what the norm is for a breastfed infant and consider how feeding method can also impact on sleep.  Self styled parenting gurus often have no children and thus do not appreciate that a mother has an instinct to respond to her crying child for a reason - until you have a baby it's hard to truly appreciate that.  Advice is often based upon opinion, not evidence (which doesn't consider long term impact or outcome of an action) and rarely considers why something is happening, they simply look to fix it.

To maximise the bond you have with your baby, and protect his growing body and brain - ultimately the strongest tool, the thing you should never ignore, is instinct.


EDITED 5.3.11 TO ADD:
The end of THIS blog post also talks about how non breastfed babies appear to have a less energy-efficient and rhythmically functioning autonomic nervous system, which controls infant arousal - therefore long spells without infant signalling may not actually be at all desirable.
Posted by Analytical Armadillo IBCLC