The Internet at times seems to have two distinct camps - the "expect them to sleep 12 hours" side, and the "it's normal for babies to only nap for half an hour, never want to be put down/sleep on a chest and wake every hour at night" side.

I often read from other mothers that very broken sleep must be normal, because their baby does it - some babies, even teeny weeny ones just don't need sleep!  If mums have had several children and some slept great, others not - this reinforces the belief it is personality; and in the past I would have agreed.  We call these babies "spirited" or "high needs", Sears writes a whole chunk about them here; and I think his descriptions are fantastic; but I think we can break it down even further and am not convinced personality is the whole explanation.  Yes babies are meant to be held close on a chest - does this mean that it's therefore normal they never want to lay down?  Babies are meant to sleep next to mum, but did cave woman sleep standing up?

Partly I think this has arisen as direct opposition to the "expecting 12 hours sleep camp", IE embracing baby's cues and being responsive.  But for me responsive parenting can also include exploring if there is a reason baby may be struggling to relax, if the parents feel that's something they need to explore.  That is not the same as suggesting not addressing the reason will lead to "bad sleep habits" or a baby that never sleeps better, babies change a lot as their brains and bodies grow.  Some will naturally iron things out as they mature going into the second half of the first year, some may be nearer 3 or 4 and some may continue to struggle to get to sleep/rise early, although the signs may become more subtle as sleep requirements reduce.

I'm not talking about training them to sleep, leaving them to cry or enforcing strict routines - but really watching baby's body language and cues to see if this is normal personality stuff, or, if he is desperately trying to convey something with constant waking and/or an intense need to suck.

Many parents I have discussed this with are those who have posted seeking advice - and they've mentioned replies are often to co-sleep, sling wear etc; but as they pointed out, what if they're already doing all that and still feel they have an issue?  Some say mum shouldn't ever expect a good chunk of sleep, that this is parenting and again I agree that there will be times baby is fussy and unsettled at night, certainly it's normal for babies to nightfeed - but does that mean therefore that it's typical for a baby to never be settled and sleep for longer than an hour or so?

With a first baby this may be easier, mum can nap when baby naps, head off to bed with baby at 6pm should she fancy - but throw 2,3,4,5 or more other children in to the mix, and/or work outside the home - and things can be very different, some mums are so exhausted they can barely function.

Whilst reassuring mums things are normal can be helpful, and there is a wide range of normal, there is also a range of what parents can cope with -  some may stop co-sleeping/breastfeeding/responsive parenting in a bid to save their own sanity or because their gut instinct is something isn't right, yet they have no idea what.  Whether these "work" in terms of changing behaviour or not is irrelevant, the impact to baby can be significant.

I'm of the belief there can be several reasons for consistently very disturbed sleep patterns or indeed a spirited/high needs infant, none of which involve bad habits, breastfeeding to sleep or baby needing to sleep in a cot to (say it with me) create positive sleep associations.  My feeling is that frequent wakers seek comfort, not that they wake due to a habit or reliance on said comfort to remain asleep; but what I want to focus on today, because it's a matter close to my own heart is the Duracell Bunny Babies (DBB).

How do you know if you have one of these?

Generally if the comment: "just go with the flow, babies will always sleep when they're tired" makes you laugh out loud, it's a pretty good indication; well they might, but no longer than 35/40 minutes in one nap (consistently), even if exhausted.  In exchange they might take lots and lots of little naps, day and night - or may stay awake for most of the day from a very young age and then wake frequently at night too.

The reality is that some babies do not sleep well despite being tired.  Nope, Nada no way - DBB are called such because they rarely seem to run out of energy!

DBB's according to Sears are:


"HYPERACTIVE"
"This feature of high need babies, and its cousin hypertonic, are directly related to the quality of intensity. Hypertonic refers to muscles that are frequently tensed and ready to go, tight and waiting to explode into action. The muscles and mind of high need children are seldom relaxed or still. "Even as a newborn, I could feel the wiry in him," one mother related."

Whilst many would recognise this in a toddler, being "tense and tight" are not characteristics we typically link with the label hyperactivity.  I like "hyper switched on/hyper alert", as I feel it's more descriptive.  Their muscles are often frequently tensed and tight - their muscles and minds do seldom relax, but is this always easy to recognise this in a baby?  I've put together some of the indicators I think define a DBB.:

Signs of a DBB:

Identifying why your baby is struggling to relax is perhaps the hardest piece of the puzzle because it can be several causes or just one, so finding someone to help work through things can be difficult; reasons can range from an undiagnosed tongue tie, food sensitivities, cranial or structural discomfort from birth and so on.  Something I believe can help these babies in the meantime is.....wait for it......*whispers* a rough sleep routine *sharp intake of breath".

Before you hit close hear me out! 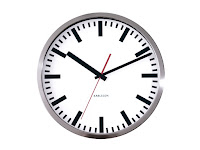 Just because baby doesn't show sleep cues, doesn't mean they don't have a window of time in which it is easier for them to settle to sleep.  Some studies have suggested when a baby becomes overtired their bodies produce adrenalin and other "stay awake" chemicals, which is why they can appear to become suddenly energetic.

My own Duracell bunny had a predictable wake up time - OK so it was 5am, but it was predictable.  By playing with the gap from wake up to sleep, rather than watching her cues - I found trying to assist sleep at a particular time had more success than others; with the highest success rate before she showed any sleepy cues at all (the window was so small from this to overtired, she didn't get the "wind down" time she needed).  I started with the morning nap and then worked my way through the day, once I had a rough idea of times I then adjusted accordingly this based on how well she had napped earlier.

Of course the easiest way to do this with a younger baby is sling wearing - most sleep in a sling so they are "in position" for when they start to become tired.  Contact and movement can help many DBB's relax (some resist contact and the sling and arch away) and with many carriers a small adjustment can be made to manoeuvre material, and help cut out visual stimulation for baby (which some DBB seem to really need).  Some slightly older babies seem to prefer a back ride to a front carry; resting their head sideways on the wearers's back to nod off.

If this isn't possible/doesn't work/baby is older and wants to be down playing -  you can try putting baby in the sling at what you've worked out as the "optimum times".  Despite what any book tells you this will be variable for each baby. As an example when my daughter was taking three naps, she needed to be relaxed and ready to sleep two hours after she woke for the first sleep, despite books etc saying she should have a longer gap for her age.

Clock watching is a total pain - if you have a baby that is happy without, I wouldn't recommend it to anyone!  But if you're struggling it's something you can try and which may help a little..

The last thing I would add is that the DBB can easily seem to get stuck in a cycle when overtired, the less sleep they get, the more frequently they wake.

Something that can sometimes help is "sleep cramming", which is doing anything and everything that works to maximise sleep for a day or two IE laying down with them when they nap, feeding them back off if they stir (and you're breastfeeding) long walks in the sling/pram.  Sometimes helping them catch up during the day can pay dividends at night/early morning wake up time - but with some it can be easier said than done.  White noise, reducing stimulation eg colours, sounds etc can also help "switch off", whilst I would never endorse baby napping in a dark quiet space as important (it's oftenblooming inconvenient)- for some DBB in my experience it does make a big difference; in my daughter even encouraging her to turn and face the wall instead of gazing around her room had a dramatic effect.

Above all remember your baby is not waking to manipulate you or because of anything you have (or haven't) done.   They're not trying to be spirited, or "high needs", or challenging, or whichever term you prefer to use,    in fact they're just as bewildered as you (if not more so).  Instead of being left to cry or trained, these babies in fact need more understanding and sensitivity than your average bear; whilst I've met many mothers who have regretted not responding more, I'm yet to meet one who wishes they had responded less - regardless of what the mainstream books say.
Posted by Analytical Armadillo IBCLC