When you can prove formula is "nearly as good" - we'll talk!

Formula is nearly as good

"The research isn't that compelling for breastfeeding, it's probably not about the milk but the parenting style of a breastfeeding mother."

There's only "a few small benefits" to breastfeeding

Happy mum = Happy Baby OR A baby is better with a happy mum and bottlefed, than with a mum stressed trying to breastfeed.

If I read things like this once per week, I must read them twenty times. I even had an email recently asking me if I really believed breastmilk was so much better than formula, the studies can't account for all the variables.  I also want to make it clear I believe in informed choice about infant feeding, you can't beat yourself up for what you didn't know.


So I decided it was time to reply :)

Firstly - even the guys making breastmilk substitutes don't claim they are close to breastmilk. (they're not allowed to for legal reasons because it isn't true)  They may claim "closer to breastmilk" - and indeed they may be closer than they were last month, or last year; that does not equate to close.  As I always say, I'm closer to owning a Bentley than I was ten years ago - doesn't make me anywhere near close!  Similarly there are literally hundreds of constituents in breastmilk that are not in substitutes. 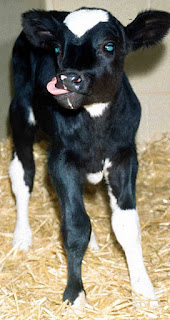 Moving onto the "research isn't compelling".  We seem to be in a position of looking to prove "breast is best" ie prove breastmilk is better and has benefits.  Why on earth are we trying to prove the milk of our own species is better than milk from a cow?  A mammal that bears little resemblance to a human, or it's milk to ours. In fact it isn't at all comparable and needs massive modification to even be tolerated by humans; this makes no sense?!

The trouble with research is that it will never "prove something beyond doubt", that is not it's purpose.  As many point out because for ethical reasons we can't use control groups and feed one group breastmilk and one group substitutes, research has to focus on people who have already made this choice.  Therefore some argue that it's the parenting style of those who choose to breastfeed that may differ and may confer "the benefit".  Even when studies adjust for variables, some will still argue it doesn't portray a "convincing enough picture".

Indeed it may not, because control groups in the UK/US of infants who have been exclusively breastfed for 6 months are so hard to find, that researchers often either lump together "any breastmilk" or "no breastmilk" or exclusively breastfed for a shorter period of time eg 3 months.  Both these factors may well skew the data - and dilute the outcome of breastfeeding, because exclusivity is known to be important to protect in many areas, and until the gut closes at around 6 months, any substitute may influence outcome.  This means realistically any studies that could control like for like would be more likely to show a more compelling outcome for breastfeeding.

But the fact remains - human infants are meant to consume human milk, we should not be trying to prove it "has benefits".  Instead substitutes should prove they are as good as breastmilk, that they don't increase risk of illness or disease, that there are no risks to using them.

Following my post about SIDS & guilt - I read a reply from one lady on a forum that stated I was wrong, that breastfeeding reduced the risk of SIDS, but not breastfeeding didn't increase it.  Just think about that statement for a moment....if an infant receiving breastmilk has a better outcome than one who doesn't - then it's also perfectly accurate to say that an infant not receiving breastmilk has a worse outcome than one who does...

As for the "it's parenting style that makes a difference to outcome" - this may sound perfectly reasonable, until you look at all the constituents of breastmilk.  Protein that cause cell suicide in over 40 types of cancer, stem cells that develop into many different cell types in the body, serving as an internal repair system.  Lymphocytes that kill infected cells directly or mobilise other components of the immune system, enzymes, immunologlobulins and a whole lot more, that actively seek out and destroy harmful pathogens, sweeping them from the body and regulating immune response.  Anti infective factors, hormones, growth factors, anti-inflammatories and more.  This poster has lists to compare of what is breastmilk and formula.

We KNOW this stuff is there, beyond any research discussing outcome - we know fundamentally of the massive differences.  So - how about people get to work proving that going without all this stuff, doesn't cause a whole host of problems?  The Thymus (central organ in the immune system) has been found to be up to half the normal size in artificially-fed infants.

Now do we really think that parenting style is most likely to be the big key?  or might those hundreds of active constituents perfectly made to fight disease actually be playing quite a part?  which logically makes most sense to you?

What's also striking is that we also know how specific constituents work to protect baby in certain ways - and the research exploring outcomes tallies with what is missing.  The conditions we know the constituents of breastmilk protects against, we find in much higher levels in non breastfed infants.  To state there are only a few "benefits", is not only misleading but incorrect - there are no benefits to feeding a mammal the milk of his own mother, only risks of not doing so.  There are over 101 reasons to breastfeed.

When those who attack breastfeeding can present good solid evidence there are no risks to missing out on a passive immune system, we'll talk - until then what else is there to say?
Posted by Analytical Armadillo IBCLC