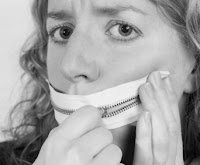 Recently I read a great blog post by Amy @ Just West Of Crunchy entitled: Top 10 Things Breastfeeding Advocates Should Stop Saying.  I agree with so many of her points, as those who read my blog regularly will know.  I do however think respect is a two way street, and mother's tell us they feel judged however they feed, so here's another post to sit with it.

1. "Don't you think it's time to stop now?" or "When they can ask for it, they're definitely too old!" or "Ew I would knock that on the head at that age." or "Sorry but it creeps me out, how can you? *shudder*" or "Shouldn't he have a bottle as well now?"

When a mum decides to stop breatfeeding is her choice.  Bottlefeeding mums don't want others to judge them for not breastfeeding, or what's in the bottle - similarly breastfeeders don't want judging for feeding their nursling!

Let's try some other scenarios - "Don't you think it's time your child stopped dragging that comfort blanket around?"  "When they can ask for their pacifier they're definitely too old!" "I would knock that bottle on the head at that age, it creeps me out "shudder", "Shouldn't your baby be using a cup by now?!"  I think if a casual acquaintance, hairdresser or random woman at the bus stop came out with these statements, most would consider it pretty rude.  Why are breastfeeders fair target?

Furthermore bit of a newsflash but babies ask for food from birth - initially with cues and crying, later with baby sign (if it's used) or by just trying to assume the position by flinging themselves backwards, finally with words.  Exactly the same need at different developmental stages.

2. "Mums who breastfeed beyond a few months are doing it for themselves, they can't let go and let their child grow up - there are no benefits after 6 weeks, 6 months, 1 year." (delete as appropriate)

Typically people who say this are those who have no concept of the constituents in breastmilk, that it contains HAMLET that causes cell suicide to numerous cancer cells, actively assists a nursling's immune system, or that the World Health Organisation recommend at least two years.  It's also important to understand that breastfeeding is not a passive process for the infant, they have to want to feed!

Biologically Western trends for breastfeeding include premature weaning as the norm, but there are lots of reasons to continue after the first few months.  If mum has a history of ovarian or breast cancer in the family, her reasons for not encouraging early weaning may be selfish, but ultimately this too benefits the infants longterm:

"The longer women breast feed the more they are protected against breast cancer. The lack of or short lifetime duration of breastfeeding typical of women in developed countries makes a major contribution to the high incidence of breast cancer in these countries.(2)"

3. "OMG you are not going to carry on when he has teeth? I wouldn't dare!"
From LLL:


"It is important to understand that when a baby is latched on to the breast correctly, his lips are flanged and his gums land far back on the areola (the dark area around the nipple). His bottom teeth are covered by his tongue and do not come in contact with the mother's areola at all. For this reason, a baby who is latched on correctly and actively nursing cannot bite. However, if a baby is latched onto the nipple only, the baby can clamp down and cause pain to the mother's nipple. Good positioning and latch-on techniques can prevent painful bites"

4. Baby is using you as a dummy, it's just for comfort - you should consider establishing a schedule so he learns independence, not using the breast for everything.

Firstly, babies aren't independent; they require a caregiver for nourishment and comfort (amongst other things), and it's natural instinct to develop, mature and become independent - without training or trying to teach this when immature.

The pacifier is a replica of the breast and so the phrase is upside down, the breast is the standard comforter, the pacifier the "intervention".  Therefore it's more accurate to say baby is using the dummy as a breast.  Comfort is also highly underrated. Full blog entry on this topic already here.

It would be offensive for a breastfeeder to suggest a non breastfeeding mum ditches the silicone/latex and offer her breast for comfort, and to offer that on demand - why is it OK the other way round?

5. I don't know what you're so bothered about breastfeeding anyway, nowadays formula is just as good.

So imagine you're a mum who had a pretty crappy start to breastfeeding, yet with lots of effective support you're getting through it - how would you feel if someone tells you there's really no point as there's an alternative that is nearly as good anyway?  That all your hard work is pointless?  Added to which it simply isn't true, even the manufacturers don't make this claim.

6.  Breastfeeding is selfish as dad (or other applicable relative/significant other) can't be involved, it's good for dads to give a bottle to bond.

Pretty sure the human race were "bonded" prior to bottles?  There are lots of ways dad can be involved and make his own special connection without ever needing to attempt to replicate lactation; more here.  If he's SUPER keen, have him offer his nipple as a pacifier ;)

7.  I support breastfeeding, but that doesn't mean I want to see it! It might be a normal bodily function but I don't take a crap in public!

Why should breastfeeding mums have to do it in a special place out of view, when a silicone/latex/plastic replica is deemed socially acceptable - despite the fact it is ultimately inferior to the real thing?  Why should mums get judged on "how discreet" they can be, or whether they flashed more than the mm of "allowed skin" - yet breasts are physically positioned right there on the front under our noses!  Think how you would feel if someone suggested you eat your dinner or give a bottle in a toilet.  See also: Why Breastfeeding Is Not Like Taking A Dump Here.

8.  You really need to watch what you eat/drink when breastfeeding, if you don't have a perfect diet - formula might actually be better.

Quite simply untrue.  This poster highlights the unique factors in breastmilk most of which cannot be replicated.  Breastmilk is alive like blood, teeming with immune properties, antibacterial agents, growth factors and hormones .  For more information about diet and breastfeeding visit Kellymom here.

9.  Breastfeeding mums offer the breast to solve everything, it's lazy parenting.

Nah really it's just because it works...Well.  Before long the infant's emotive brain develops a more logical side and feeding through every problem when small doesn't mean this is what the child will always do.  Mongolians have a great attitude to this.


" At three months, Canadian babies are already having social engagements, even swimming. Some are learning to "self-soothe." I had assumed that there were many reasons a baby might cry, and that my job was to figure out what the reason was and provide the appropriate solution. But in Mongolia, though babies might cry for many reasons, there is only ever one solution: breastmilk. "

As Amy @ justwestofcrunchy.com neatly summed up:


"No. Breast is normal. Breastfeeding is the biological norm. Anything less is inferior by default. “Best” conjurs a notion of something that only a select few can achieve and sets formula up as the norm; we want to talk about breastfeeding as something that’s achievable for almost all moms. See Diane Wiessinger’s game-changing post on why this language is so problematic, “Watch Your Language.”

Some may ask is this post necessary, I think this post discussing the "Breastfeeding Nazi" containing the following quote sums up why it is:


"I have been called an exhibitionist, disgusting, perverted, accused of harming my child, told to go hide in a bathroom/closet, & alienated from family situations because of breastfeeding."

Whilst "Attached Parents" get a special title, other techniques are labelled "Mainstream" - and I'm sure if we changed that to "Detached Parenting", people would get pretty upset.  Breastfeeders as discussed above are labelled "Mafia" or "Breastapo" - yet how would others feel being labelled "Formula Feeding Fascists"?  Respect works both ways and if you expect to receive it, you should ensure you also give it.

1. Breastfeeding and risk of ovarian cancer in two prospective cohorts.