I use the terms dads/partners simply for ease of reading in this post, but I also understand family dynamics come in a wide range of packages.  It is relevant to any significant other(s) supporting mum with a new baby so please don't be put off by titles.

I first wrote about this in a dispelling myths article a few years ago, but I've noticed it still pops up a lot online:

"I want dad to be able to get involved in the feeding so he can bond",

"We're going to mix feed so dad can help with night feeds",

"My partner says I will need to rest and so we plan to introduce a bottle ASAP, so he can be involved in all aspects of caring for baby".

Most people probably don't see anything wrong with these statements, it all sounds perfectly reasonable; indeed I remember uttering similar with my first, it's just what "non extremists" do right?  I confess I started out a very "mainstream" mum (by the apparently essential labeling system parenting seems to demand) but the more I trained, read and experienced, the more I began looking for evidence rather than opinion - and the more I wondered about dads, bottles and bonding.

How ever did dads bond before common bottle use?  Are men too intended to lactate? perhaps that's one for another blog post!  If not what is their role? 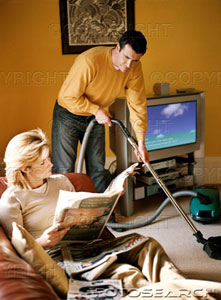 Certainly for a long period in time, babies and children were "women's work", (although prior to this evidence suggests care of infants was shared in many societies) but as the change in communities happened so came "modern man” - someone who shared the chores, cooking and childcare.

Dads feeding became something marketed by the artificial breastmilk substitute companies; "feed the baby to bond and help out your partner, be the good dad" was born! It fits great with the hands on dad thing and women proudly announce their husband or partner of course wants to get involved with feeding - like a badge of good parenting. Some of you might remember the advert recently for a follow on milk, it showed a dad pacing with baby at night and the voice over "I promise to do my share of the night feeds"?

The concept is actually a rather nifty idea on a couple of levels. Firstly whether mum breastfeeds is heavily linked with the support (or lack of) received from her partner, secondly mums also buy into dads sharing night feeds because as mentioned above, it makes seemingly logical sense in today's society to share all care.

When mum experiences problems, partners of course want to help resolve things. In fact I often say dads are "solvers".

Often they have no idea how to help with breastfeeding though and in absence of other ideas, infant formula may be suggested to “give mum a break” – the problem can be solved with a bottle! double whammy. Many understandably don't know how much this can impact in the early weeks - perhaps by reducing how effectively baby milks the breast resulting in soreness for mum, or how the fast easy flow of the bottle can cause baby to be impatient and fuss at the breast (particularly if supply is low and so milk flow slower) . Many don't realise that ”help” in the form of a bottle can compound whatever problem mum was having initially, reduce supply - increasing the need for further supplementation and longer term actually cause far more problems than it appeared to solve. Even if they did, many are not aware of the risks of not breastfeeding to baby or mum, or the impact of a bottle of artificial milk.  This can put a lot of pressure on a mum who feels torn by what she has previously been told, but also has a shared sense of lack of other options or coping strategies - how many get good breastfeeding education prior to having a baby?

In practice many mums struggle to express much in the early days, and if they do they may end up so full if a feed is missed they have to express anyway at the same time dad is giving the bottle. If it's before supply has settled, expressing can kick start an oversupply for mum - handy if it's planned for a return to work (as some mums do) not so much so for the new mum wondering why she has enough milk to feed half the street.  Some mums hate expressing, some babies hate bottles and sharing the feeding can end up a lot more work than mum just feeding baby.

But who decided men feeding babies was bonding or that this was the best role for dads/partners to assume?

Before you start yelling at the screen, hear me out.  The hormone oxytocin plays a hefty part in the bonding process; it has been shown to influence trust and social attachment between mammals, plus feeling good, relaxed, connected and less stressed or anxious.

Breastfeeding produces high levels of oxytocin, but it’s not a hormone exclusive to breastfeeding – other things also produce it at different levels. A 2009 study of 80 couples showed:

So if the cradling, gazing into baby’s eyes and interacting with them causes oxytocin, does the plastic bottle in hand actually increase it any? Couldn’t dads who want an exclusively breastfed baby do just the same minus bottle? Do dads actually find bottle feeding a bonding experience - or more of a bonding experience than other things they do with baby? Could bottle feeding actually just be considered bonding because it’s been suggested to us that it is, because of the culture we live in?

But what about help during the night?
Although the early weeks of life with a new baby can be hard for new parents, once these have passed it’s a lot easier to breastfeed at night than either person bottle feeding; if baby is co-sleeping or in a co-sleeping cot attached to the side of the bed, nobody even has to sit up. Compare that to the requirements to prepare substitutes safely and it’s a whole different ball game.

I also think it's a bit of a myth that if men feed the mother gets more sleep - believe me when baby is up and hungry nobody in close proximity is sleeping through it; when it's your baby, you wake!  Another myth is that men need to feed to comfort baby - if baby suffers from colic or is unsettled it can be amazing what even a change of arms can do.  With slightly older infants, if you are confident they are satiated and they are refusing the breast -  dad can offer a clean little finger to suck and a comfy pair of rocking arms

A couple of studies have shown exclusively breastfeeding maximises sleep, particularly if co-sleeping/co-cot sleeping. A study from 2004 found the exclusively breastfeeding mothers slept approximately 20 minutes longer than mothers who were mix feeding (Gay et al). Another study examining quality of sleep found breastfeeding mothers got an average of 182 minutes of slow wave sleep, compared to 63 minutes for those exclusively bottle feeding. Slow-wave sleep is an important marker of sleep quality, and those with a higher percentage of slow-wave sleep report less daytime fatigue. (Blyton et al., 2002).

Whilst dads are often very keen to help out with bottle feeds in the first couple of weeks, I do have to wonder what percentage carry on with as much gusto once the new baby tiredness has kicked in and paternity leave has finished. Don’t some have jobs that need them to be on the ball at work?  If mum is still on maternity leave and doesn’t need to get dressed till noon, isn’t it more likely she will end up doing more night feeds during the week anyway if they’re both shattered?

What can dads do?
I’m firmly of the opinion that “having a breastfed baby” is the responsibility of everyone connected to baby - and partners/husbands/dads even grans absolutely have an extremely significant job! But is the right role at the end of a bottle?


Frankly I think my husbands parenting skills are in no way diminished by his physiological inability to lactate, and find it a bit insulting that he has to be "included" in this way, as if he has no other role.

The truth is that there is lots of ways dad can help mum, bond, really enjoy the new baby and support breastfeeding: