Is Dr Ellie Off The Telly Really That Silly? 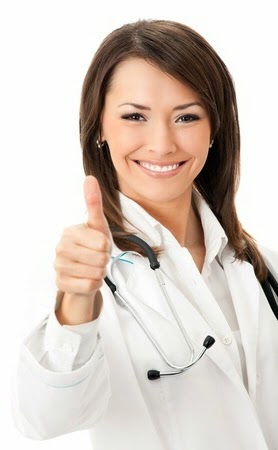 As I read this today - my thoughts were not unlike those of the author, Lorraine Candy. Except it wasn't the "vitriolic war" between mums I was hoping to escape, but articles like this one.  The ones that say "go on, give a bottle" - yet forget to mention that could carry negative health implications *oops*.

I discovered the risks post "just one bottle" and I can't lie, I was pretty peed. But hey it's an "opinion piece", so you can say whatever you fancy right?

Lorraine I can forgive, after all why would we expect a DM journo who writes primarily about non-topics like eating custard creams for breakfast, to have a clue? She probably has the best intentions, alongside the fact she might have considered that adding a bit of drama could be good for readership. She's probably right.

I don't however understand people like Dr Ellie, supposedly educated, intelligent health professionals, who seem to do an amazing job of failing to see the wood for the trees when it comes to infant feeding.

There are some formula users who are just as vicious as some breastfeeders.  You see some people are mean, that's how it is - and those mean people are going to fall either side of the "debate".

That doesn't mean it's representative of the vast number of "pro-breastfeeders".  Instead it's rather like claiming all Muslims are Islamic extremists and nicknaming them the Musapo.  Would UK Doctors casually throw that around?

Dr Ellie likes black and white.  Yes breastfeeding is best, if you can't do it don't feel bad, and don't let anyone else make you feel bad.  Yes I know we medical professionals usually spend our time telling you about the "benefits of breastfeeding", and that this time next week you will be reading (in this same newspaper) an article extolling the virtues of human milk; but hey if you can't do it - y'know we'll backtrack and say actually it's not important.

PS don't feel bad if you can't eat a healthy diet or exercise either - I know we say they're key to being healthy too, but hey working mothers run out of hours, pressure to "provide the best" and guilt over ready meals or not increasing one's heart rate is uncalled for.  My sister was so stressed trying I told her, that undoes any benefits!  And she's the picture of health, despite never exercising and living off convenience food.

Oh no sorry, there are only certain health messages Doctors feel can be scrapped at their convenience.  I don't suppose we should tar all of them with the same brush, I'm sure a fair amount cringe when they see Dr Ellie heading up a column.

I agree with her mothers are often the ones left feeling bad - so Ellie's pat on the back of "there, there it doesn't really matter", might provide some short term feel good factor.  Until next week's article that is.  The other problem is that given there's only a very small percentage of mothers still  breastfeeding after the first few months - that's an awful lot of people you need to reach and give your feel good message to.

I guess that's where the media comes in, which works well as Dr Ellie can appear the reasonable, caring, "middle ground" - compared to those "extreme lactivists", with the added bonus of a nice boost for book sales.  There was this in March, which just happens to tie in perfectly with this.

But before you shoot out and buy it, perhaps we need to ask - if Dr Ellie is such an advocate of mothers, and by her own admission those she sees distraught have tried really hard to feed.  Perhaps, random idea - it might be more helpful to effectively support these mothers and try and enable them to do so?

By effective I don't mean a GP who has nothing but the bare minimum of infant feeding training - I mean someone appropriately qualified.  That can't be a difficult concept for a GP to grasp surely?  Ear problems get referred to an ENT, Alzheimer's symptoms referred to a neurologist - if there's one thing GP's aren't a stranger to it's signposting.

So, we get a mother with a lactation problem we refer to?

Nobody.  We tell her not to feel bad because formula is good enough.

How many GP's even know what a lactation consultant (IBCLC) is?  Despite the fact many areas have an odd one or two employed.  Last week during a discussion with a paediatrician, I mentioned the IBCLC's (there are two) in his hospital.  He had never heard of them, nor their qualifications and didn't regularly work with them to support babies having feeding problems.  Right you are then.

Some areas don't have them at all, perhaps Dr Ellie's is one of them?  Bizarre isn't it, that the NHS promotes feeding intensively on the one hand, yet doesn't provide enough infant feeding supporters to help everyone?

But surely during her appointments with upset mothers, at some point she has pondered the support services?  Where are her vocal calls for improvement? Then instead of trying to convince mothers that actually breastfeeding doesn't matter, they could have a fighting chance at achieving their breastfeeding goals?

We're not talking about trying to convince anyone to breastfeed who doesn't want to.  We're talking purely about helping those that want to do it.  Or does Dr Ellie actually think so many UK women are fundamentally broken, they're simply unable to successfully breastfeed in such large numbers?

You see the trouble is Dr Ellie, breastfeeding isn't just about nutrition.  So you tell a distraught mum, it's OK, formula provides perfectly adequate nutrition, and expect her to be placated.  But you've failed to consider the deep primal drive many mothers have to feed their young; how not doing so can hurt some mums so deeply that "adequate nutrition", doesn't begin to cut it.  If a mum has had a great breastfeeding relationship with one child, has experienced it working - to be deprived of that with subsequent babies can provoke a grief so deep, I've seen grandmothers crying as they recall it.

Those for whom it doesn't work from the start, may never know what they're missing - until they have more babies of course.

Because if Dr Ellie chose to delve beyond the immediate knee jerk reaction of trying to make mums feel better, asked the right questions and listened, truly listened to stories like that in the link above - she would surely see that supporting mothers, has to go much further than platitudes.  Throwing them a bone might work in the short term, but it doesn't last.

To suggest someone is a "bad parent" for not breastfeeding is ridiculous; I too see what some mothers go through trying to feed their babies and I see why some can't continue.  I also meet mothers with issues that could have be easily resolved if only she had received effective support after three days and not three months.

You see the trouble is, the same health establishment Dr Ellie represents, telling you not to feel bad - are the ones letting mothers down.

Why on earth should a mother feel guilty that her healthcare providers failed to provide her with adequate support?

If  I got in a car without taking a single driving lesson, just a 5 minute crash course in how to operate the mechanics of the vehicle, and then set off down the M1 - would you be surprised if it ended in disaster?  I had a driving instructor, but they were understaffed, so didn't have time to sit and work through the detailed stuff with me.

When I crashed they told me not to feel bad and said not everyone could manage driving, if I wanted to quit public transport was a perfectly acceptable method of getting around - oh and never let the smug drivers make you feel bad either.

When I said I wanted to try learning to drive a bit longer, and that I thought my car might be damaged - I was told whilst the ideal would be to see a mechanic, a qualified driving instructor and some moral support from Jim who managed to get down the M1 last year.  Problem was they had cut the hours of the mechanics and instructors, they didn't work there half the week - but Jim would call me daily.

When things didn't improve, they said I had tried hard enough, and being happy was more important than being able to drive.  Being unhappy would undo any benefits of driving anyway, and they really needed to tick the box to say that at least one method of transportation was going well...

Unlike not learning to drive, not getting help to breastfeed carries health risks.  It's a hundred times more emotive and linked to depression and feelings of guilt - and yet we're not only accepting this level of care as adequate, we're going to try and pretend after the event that none of it matters?

Whilst Dr Ellie might like to portray those who are actually passionate about improving care for women, as nutters.  I have my own message for mothers:

1.  Whether you chose to formula feed from the start, or tried breastfeeding and it didn't work - never, ever apologise for how you feed your baby.  Not to a doctor, a mum at a group, a health visitor, a family member - anyone.  I hate hearing mums say "they failed" at breastfeeding, because the vast majority of time they "were failed".

There are some mothers who can't breastfeed - but with support these mums can understand why, or even choose other methods of feeding at the breast if they wish via a supplemental system.

2.  Ask yourself whether you received the information and support you needed in a timely manner.

3.  If you didn't, pass the blame back:  "I wanted to breastfeed for longer, but didn't receive adequate support to do so."

Perhaps if more mums started saying this instead of "I couldn't breastfeed", other mums might realise they too were let down,  that it's not their fault.  Perhaps if GP's like Dr Ellie, start hearing facts instead of misplaced guilt from mothers - they might start listening.
Posted by Analytical Armadillo IBCLC