Sometimes mothers are told they can check whether they are producing enough milk.by expressing a feed; if the amount expressed matches what baby takes from a bottle, her supply is deemed OK.

Before going a step further to say:

"A simple way of checking is to substitute several breast feeds with a bottle and then use the pump to see how much milk you can express at each feed compared with the amount he took from the bottle."


"If you can’t express any milk, then your supply is almost certainly low."

To many new mums this logic seems logical, to a qualified Lactation Consultant it contains more holes than Emmental.

First, when feeding a baby at the breast, they attach, suckle and trigger the milk ejection reflex or "letdown".  The touch, scent and sounds of baby along with the suckling all assist this process.  During the feed baby triggers more "milk ejections" until he's full.  Some mums can feel the first whilst others don't feel any.

Teaching your body to "let down" to a pump can for some mums take time; because hormones aren't delivered from contact with plastic, some may need photos or video of baby, or perhaps something that smells of them to help.  Stress is a huge barrier to effective expressing, and so a mum anxious she does not have enough milk may find herself even less able to express well.

Mums have different size nipples and not all flanges (the cup of the pump) fit well enough to stimulate the breast effectively.  Therefore it's not uncommon to meet women with oodles of milk who can't pump more than a few drops.

Second, it assumes a pump is as effective as a baby (who is feeding well) at removing milk, which is where we hit a rather large wall in the above theory.

Check out this video clip.  This link shows how mums using a double pump alone (not the typical single hand pump most mothers have, but a hospital grade pump that expresses both sides simultaneously thus increasing yield) can typically only access around 50% of the milk mum has.  By single side or hand expressing with massage after double pumping, mum could obtain the same volume of milk again!  This means those who haven't had support to develop advanced expressing techniques described, can't access a good chunk of their milk with a pump.  Many mums are not even shown how to hand express properly or given tips for effective expressing with a manual pump, let alone how to massage their breasts!

Something else we often hear is to let milk stand and separate, and then you can see how much fat is in the milk and thus whether milk is good enough quality.  Now consider the fattiest milk is released as the breast drains, and factor in that as discussed above mums can have as much as 50% more milk they can't access.  Realistically most mums have only expressed a small amount of the total fat produced.

Next we have to consider that how much a mum can express in one go, even with the best hands on expressing techniques, isn't a reliable way to assess total milk production over 24 hours either. 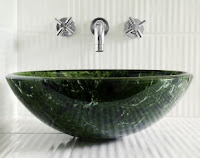 We can think of milk production rather like a tap dripping water constantly into a sink with the plug in.  The body continually makes milk in little sacs which gradually expand as they fill up, rather like balloons placed under a tap would.

When a baby feeds it's like pulling the plug on the sink, the store that has built up can drain (providing baby is feeding effectively).  When you put the plug back in (stop feeding) the dripping again starts to refill the sink; just like a tap, breastmilk never "runs out"; regardless of the size of sink or the speed with which the water drains.

A researcher named Hartmann studied milk production and found that some women had a storage capacity three times larger than others, yet they all produced a similar amount of milk over a 24-hour period.

He also determined that the amount infants removed varied from 50-90% of the total milk available during a feed, and the rate at which milk was made was directly linked with volume taken.  When the baby removed more, the speed at which it was produced increased.  When a smaller amount was taken, production became slower.  The length of time between feeds was also linked to the amount consumed - those who took less per feed fed more frequently.

So, to go back to the sink analogy.  We all have different sinks, with a different rate of drainage.  But let's add the taps.  These aren't any old taps but a super state of the art designer number that has inbuilt sensors.

They drip continuously to try and keep a stable level of water in the sink for your convenience.  If you pull the plug and remove a lot, the tap runs more quickly to replace what was lost.  If you remove just a small amount, it slows down the speed of the drips.  When the sink starts to get quite full, the taps really slow down production to try and prevent over filling.

The last hiccup in the logic of the above plan to give a bottle post feed to check hunger is highlighted by Dr Amy Brown in an article she wrote for the ABM.


"Formula-fed babies drink greater volumes of milk by as early as two days old and continue to do so throughout the first six months. Breastfed babies also feed more slowly, spending more time resting in between sucks than formula fed babies which may mean they are more likely to stop feeding before they are too full."

So in fact a baby could potentially over eat with a supplement, especially if they have tummy ache or other discomfort and want to suck for comfort.

If someone suggests pumping to measure supply, give them this link and find someone qualified to help.
Posted by Analytical Armadillo IBCLC