Deny The Super Power Of Your Breasts!

Breasts have super powers.  Honest, many who have breastfed for any length of time can vouch for it.  Tired baby? Got that covered - relaxing sleepy hormones are delivered.  Baby bumps or just feeling full of cold and grotty?  Yep got that too, breastfeeding is recognised as an analgesic by the British Medical Association.  Really under the weather and sick - the vast majority of the time an infant will continue to breastfeed little and often, reducing risks of dehydration and hospital admittance.  Teatime meltdowns from an over stimulated tot - no match for mama's milk. 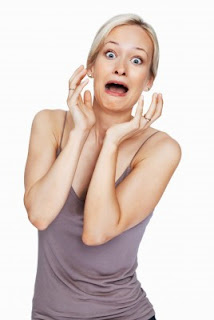 Why is it then society seems so scared of this fix all, mothers are frequently warned against using this magic tool?


"I spoke to the health visitor today who said I need to not let him use me as a dummy or he will never learn to sleep alone!"

Er hello a nipple is baby's natural pacifier, a dummy is a replica - therefore baby is actually using the dummy as a breast.


"It’s natural for babies to fall asleep after a feed. Nursing or bottle-feeding newborns to sleep is a great bonding experience, but over time it can become the only way they can fall asleep. Try to separate nursing from naps even by just a few minutes; read a story or change baby’s nappy in between."

That's right Boots it is natural and bonding - would it therefore make any sense then that if we partake in this natural bonding process, our infants will never be able to sleep without it?  Lordy I wonder what happened before there were such warning leaflets and people followed their instincts?  Did we have a nation full of non-sleepers who couldn't settle without a breast?  Thank goodness Boots can save this generation!

But forgive me for finding their information a little confusing, another slide reads:

"Don’t wake baby:
What if baby falls asleep in her car seat? Just carry her in the seat inside. She can finish the nap there. You don’t need to wake her or move her to a cot. If she starts to snooze in her baby swing, just keep an eye on her and don’t let her sleep there overnight."

Right so just to clarify - don't wake baby unless breasts are involved.  Car seats or swings are fine, just keep an eye on the baby; but breasts are a big no no, I mean good heavens we don't want these babies expecting human contact right?

Since Boots, the Health Visitor above and the vast majority of "experts" work from anecdotal data  - here's mine.  I must be raising a blooming child prodigy.

Whilst I bought the above with my first (for the record, it didn't work her sleep was awful despite following all the "rules"), I knew better by the second  - I had a fix all built in and I was going to use it; no way was I picking up and putting down at all hours when I knew the boob would work in minutes. I would deal with whatever panned out as we got there, because realistically it couldn't get any harder than the first time around.

I carried and cuddled him lots, nursed him to sleep, offered him the breast if he was grumpy, hurt, unwell or just because he wanted it.  We co-slept with a side car cot and he helped himself during the night, was that a Godsend sanity wise compared to the hours spent trailing room to room with my first.

Yet - he dropped his night feeds of his own accord, slept well following being fed to sleep, transitioned through sleep cycles just fine and dandy i.e. didn't need to rouse for breast every 40 minutes as some suggest! (Some babies do, but there are in my opinion other underlying reasons for this that get ignored in favour of the breastfeeding scapegoat and sleep training).  Dropped his day feeds gradually and finally self weaned; recognises when he's tired, asks to go to bed, sleeps 11 hours straight.

How?  I mean according to many he should be a walking recipe for sleep problems and inability to function without contact from a parent.

I wonder if these same people also expect to see an adult ape carrying and nursing their fully grown offspring, after all they're a carrying species (like humans) all - and they don't get a manual on how to train their young!

The reality is that ALL babies, just like other mammals will transition to independence without being pushed or forced - it's a developmental step like sitting, standing, walking or talking.

We can even accept that in these other areas babies can vary hugely.  Both walking and talking typically occur somewhere between 9-18 months, and other parents support each other with "(s)he will walk/talk when he's ready".  But when it comes to sleeping alone for long periods, it's totally different - they apparently must all develop this skill ASAP after birth, with lists galore of how to achieve this adult driven desire.

Imagine if a "gross motor skills Guru" (self proclaimed, no qualifications) decided all babies should stand by 8 months.  This wasn't an evidence based guideline (anymore than any of the sleep advice is) someone just decided it was so and put this in a book that sold well.  Furthermore they then recommended if baby wasn't standing by this designated age, the parents should teach their baby, in fact it was their responsibility as parents to ensure their child developed this skill ASAP.  Really they should have been introducing stretching and toning techniques from birth, and practicing standing frequently to prevent such reliance on parents having to reach things above infant height; if some can do it at 8 months they all can with the right training.  So the Guru introduced leaflets about how best to do this and even became an advisor for high street shops who agreed to disseminate this information to parents on their databases.

If baby had reached 8 months or was getting close and still hadn't shown signs they were meeting the  expectations, action was called for.  Parents were advised they should put something the infant really wanted and needed at a height that meant they had to stand for it, and to not give in even if the baby cried and cried (this was considered manipulation from baby who would surely quickly learn you would pass him stuff every time and never learn to stand if you gave in) instead the parents had to hold fast.  They could comfort their baby without eye contact for brief intervals at set times as decided by said Guru, but nothing more.  Who wants a baby dependent on things being passed for heavens sake?  As the trend really took hold people would ask each other, "is your baby good?" which was actually code for can they stand alone yet?  After all with books saying all babies should do it with training, how early your baby mastered it became seen as a mark of how good your parenting skills actually were.

This is the reality of mainstream sleep support.

Humans strive to learn, develop and grow and whilst some need more support in some areas than others, they all get there, in their own time.
Posted by Analytical Armadillo IBCLC