How Many Mums Are Breastfeeding In Secret?

Since Facebook pulled the nifty trick of sharing content from here there and everywhere on people's walls, the number of "please post anon" messages received has gone through the roof; so much so I'm miles behind with reposting them.

What's also interesting is the changing nature of the posts.  Previously requests to post anon were typically of a sensitive nature - perhaps the loss of a pregnancy when friends hadn't been told, or something the poster considered embarrassing. 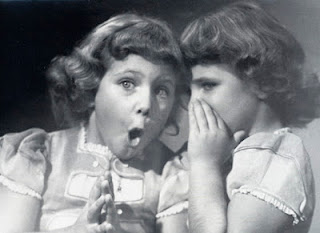 What's troubled me a little since this shift, is the increase in the number of requests for a repost because they don't want people to know they are still breastfeeding.  That their friend's, sister caught a previous statement update and commented that "OMG I didn't know she was still breastfeeding" (and we're not talking school age children, but beyond 6 months or around 1-2 yrs) and thus they want to avoid that again.

I then began wondering how many more people breastfeeding beyond six months never mention it to anyone, because they don't have the need to ask a question.  We could have a whole heap of "underground nursers" that never feature in the infant feeding stats!

I understand it's private, that people don't have to share details of how they feed their baby, that it's nobody else's business; but I have to wonder, what comes first the chicken or the egg?  If people don't ever discuss breastfeeding beyond the tiny weeks, how will we ever stop the OMG reaction, the thing that is in turn stopping people wanting to share?  Isn't it a vicious cycle of one perpetuating the other?

Furthermore the posters are asking a question because they need help and information, and surely keeping breastfeeding underground only serves to hinder more wide spread sharing of such information in the community?  In putting common knowledge back in place? 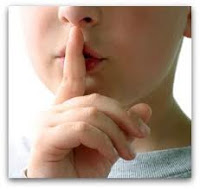 Isn't it really a bit like feeding in public?  The more we see it, the more normalised it becomes, the more new mums feel comfortable doing it and so ultimately the more end up doing it.  A paradigm shift can occur purely from challenging the norms we see around us.

Sure someone may "OMG" the first time they read someone is still breastfeeding an eighteen month old, but that's only because it's so infrequently heard.  If that was seen lots, it would soon lose it's shock value - it would become normalised.  And mums would no longer have to breastfeed in secret.
Posted by Analytical Armadillo IBCLC