Not Breastfeeding Leads To An Angrier, More Irritable Child

Or so a new study hitting the press this week tells us.

Well no to be fair they actually said "If you breastfeed, your child will be less irritable and angry", but we know how important it is to hold same species milk as the basis for comparison, don't we!

Now this may confuse some of you, as only last month the headline that made the news was:

So how can both be true?

The study last month was a small study (316 infants, further divided into breastfed, mixed fed, formula fed) and it explored the temperament of 3 month old infants.

This study sample consisted of: 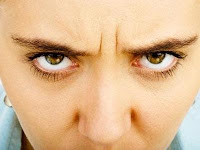 So basically they have a significantly bigger study sample and they studied over a much longer period - ie rather than just a snapshot at 3 months, this study examined temperament in adulthood, at an average of  21.5, 26.7, 30.8 and 36.9 years of age.


"Instead of asking parents to rate their child's mood they used the following methods:
‘Cynicism’ was measured with a scale derived from the Minnesota Multiphasic Personality Inventory, ‘paranoia’ with a subscale of the Symptom Checklist-90R, and ‘anger’ with the irritability scale of the Buss-Durkee Hostility Inventory. A total hostility score was calculated as a mean of the cynicism, paranoia and anger subscales."

What were the results?


Longer duration of breastfeeding was related to less hostile maternal child-rearing practices, lower family income, higher number of children in the family and later birth order of the child.
Of these family characteristics, hostile child-rearing and low family income correlated with higher offspring hostility in adulthood.
Those who had not been breastfed as infants had higher levels of hostility, especially cynicism and paranoia, in adulthood than their 4- to 6-month-breastfed peers. This population-based study showed that breastfeeding may have long-term effects on offspring hostility. Those who were not breastfed in infancy had higher levels of adult hostility than those who were breastfed.
The association was U-shaped showing that psychological benefits of breastfeeding may already be acquired during the first 6 months, thus even short breastfeeding should be encouraged in maternity clinics.

"First, self-reports of breastfeeding might inflict bias due to recall or social desirability problems. Second, the most disadvantaged participants had dropped out from the study. Future studies should examine potential mechanisms explaining the association between breastfeeding and personality outcomes."