In Random Parenting Though 1 The Basic Motivation,  I covered how a couple of concepts in Unconditional Parenting really influenced how I thought about parenting, and outlined the first.  Today I want to move on to the second - for anyone who hasn't, please check out the overall introduction too :)

Many popular parenting techniques are more closely aligned with a school of thought called "behaviourism" than they are unconditional parenting (UP).  Behaviourists focus exclusively (as the name suggests) on behaviour - something you can see and measure, and: 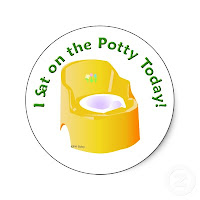 "Furthermore, all behaviours are believed to start and stop, wax and wane, solely on the basis of whether they are "reinforced".  Behaviourists assume everything we do can be explained in terms of whether it produces some kind of reward, either one that is deliberately offered or one that occurs naturally."

As Kohn points out, this seems to be an often made assumption - even for those who have never even heard or read about behaviourism:


When parents and teachers constantly talk about a child's "behaviour", they're acting as though nothing matters except the stuff on the surface.  It's not a question of who kids are, what they think or need.  Forget motives and values: The idea is just to change what they do.  This, of course, is an invitation to rely on discipline techniques whose only purpose is to make kids act - or stop acting in a particular way.

He then goes on to give a specific example, he talks about forcing a child to apologise.


"Now what's going on here?  Do parents assume that making children speak this sentence will magically produce in them the feeling of being sorry, despite all the evidence to the contrary?  Or, worse, do they not even care whether the child really is sorry, because sincerity is irrelevant and all that matters is the act of uttering the appropriate words.  Compulsory apologies mostly train children to say things they don't mean - that is to lie."

Kohn discusses how this isn't an isolated example, we see it in everything from potty training to sleep:


"From the perspective of these programs, why a child may be sobbing in the dark is irrelevant,  It could be terror or boredom or loneliness or hunger or some other reason.  Similarly, it doesn't matter what reason a toddler may have for not wanting to pee in the toilets when his parents ask him to do so.

Experts who offer step by-step recipes for "teaching" children to sleep in a room by themselves, or urge us to offer gold start, M&M's or praise for tinkling in the toilet are concerned not with the thoughts and feelings and intentions that give rise to a behaviour, only with the behaviour itself"

But behaviourism alone doesn't explain some of the base assumptions we now seem to have in society about children.  Many parenting techniques often make the assumption that children will be wild, rude, naughty and never sleep given half a chance!  As though this is the default setting and we have to instill otherwise as we go along.

The example Kohn uses is a situation where a new baby has not long arrived, and they have agreed that after dinner his elder daughter will take a bath, then have a story before bed,  His daughter refuses to get in the bath and in shouting her objections, wakes the baby.  When asked to be quiet she shrieks again - once things calmed down, should he have proceeded with the normal routine of snuggling and stories?

The knee jerk (behaviourist) reaction of many is no!  The positive attention of stories and cuddles will only reinforce the "bad behaviour" and make her more likely to act that way again.  Instead she should be told calmly but firmly what consequence was being imposed and why.


"The unconditional approach , however, says this is a temptation to be resisted, and that we should indeed snuggle and read a story as usual.  But that doesn't mean we ought to just ignore what happened.  Unconditional Parenting isn't a fancy term for letting kids do what ever they want.  It's very important (once the storm has passed) to teach, to reflect together - which is exactly what we did with our daughter after we had read her a story.  Whatever lesson we hoped to impact was far more likely to be learned if she knew that our love for her was undimmed by how she had acted.

UP asks us to consider that the reasons for what his daughter did may be more "inside" than "outside".


Her actions can't necessarily be explained, in mechanical fashion, by looking at external forces like positive responses to previous behaviour.  Perhaps she is overwhelmed by fears that she can't name, or by frustrations that she doesn't know how to express.

Unconditional parenting assumes that behaviours are just the outward expression of feelings and thoughts, needs and intentions.  In a nutshell, it's the child who engages in a behaviour, not just the behaviour that is important.  They act this way rather than that way for many different reasons, some of which may be hard to tease apart. But we can't just ignore those reasons and respond only to the effects (that is. the behaviours).

UP reminds us that the child's goal is not to make us miserable or to be malicious, - but the opposite; children do well when they can.  It of course acknowledges that children must be guided, but not that they need "taming":


They have the capacity to be compassionate or aggressive, altruistic or selfish, co-operative or competitive.  When young children pitch a fit, or refuse to get in the tub as they said they would, this can often be understood in terms of their age - that is, their inability to understand the source of their unease, to express their feeling in more appropriate ways, to remember and keep their promises.

Perhaps the most worrying message behaviouralist thinking potentially sends out is that the child is only lovable, and loved when they're acting in the way we want.  Kohn goes on to discuss the research demonstrating how this actually may make things worse.