Breastfeeding, SIDS & Guilt - At what cost?

Many parents are surprised to learn that not breastfeeding has been linked with increased rates of SIDS.  Despite it's importance, it is often never mentioned at antenatal classes or by Health Professionals; so one day I decided to ask one why. 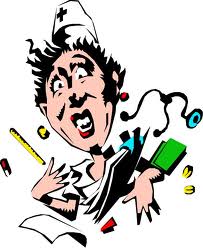 "Tell mothers not breastfeeding makes their baby more likely to die?" she stuttered red faced, although I had suggested something earth shattering.  Heavens no we couldn't tell them that! Imagine how guilty they would feel if they decided not to breastfeed!  And me?  I was firmly moved mentally into the "breastfeeding loony" camp.

And there it is again, guilt - the new black.  The guilt culture extends to more areas of parenting than any poor unsuspecting new parent could begin to imagine, but at what cost?

A meta analysis of 23 SIDS studies revealed 19 studies found not breastfeeding increased the risk of SIDS. The combined analysis indicated that artificially-fed infants were twice as likely to die than their breastfed peers.

A recent German study found that artificial feeding at one month, was associated with double the risk of SIDS. Artificial feeding and only partial breastfeeding in the month prior to death were also linked with increased incidence. In this study 73% of SIDS deaths were before 6 months and being artificially fed doubled the incidence at all ages throughout infancy.

The link between feeding method and SIDS is no secret - in fact it's recognised by FSID:


Breastfeeding reduces the risk of cot death
"Research* shows that babies who were at least partly breastfed were one-third less likely to die as a cot death than babies who were never breastfed.
FSID Director, Joyce Epstein, says: “There are so many reasons why breast is best, but there are none that can be stronger than potentially saving your child’s life. We encourage every new mum to breastfeed.” (FSID)

How breastfeeding is protective is still topic of hot debate, as the cause of SIDS is multifactorial; studies have been adjusted to rule out social, economic and cultural differences, yet the link is clear. Research suggests that infection, combined with immature brain stem (in the form of periodic breathing) at a critical time of development, may cause the major proportion of SIDS cases. 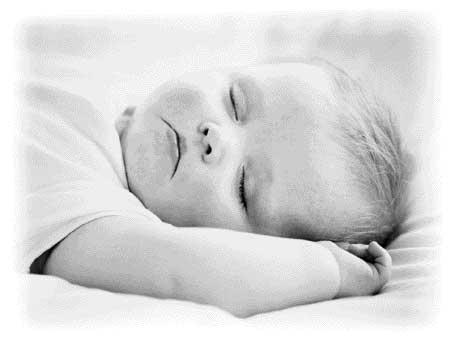 As artificially fed infants have no passive immunity from their mother, they are  more likely to suffer infection and experience slower maturity of the central nervous system.  The microflora of an exclusively breastfed and formula fed baby are different, with good bacteria dominant for breastfed, and far higher rates of pathogenic bacteria colonisation for those who are not.

Research from Adelaide's Women and Children's Hospital has found that a possible cause of Sudden Infant Death Syndrome (SIDS) is a strain of golden staph bacteria:


"What's of particular note is that staph aureus, this golden staph, very commonly carries lethal toxins and as part of our research we found two-thirds of SIDS infants actually carry these lethal toxins in their intestines, as it happens," he said."

Another suggestion is that vaccines may be linked, and there is also evidence that a breastfed and non breastfed infant's body responds differently after vaccination, with those non breastfed showing increased side effects.


"There is another neurobiological mechanism involved in the development of brain serotonin, tryptophan a precursor amino acid essential for the development of brain serotonin which is richly present in colostrum and breastmilk but absent in formula milk. Thus, two distinct and different neurophysiological mechanisms have been identified that contributes to deficits in brain serotonin: a) failed physical affectional bonding in the maternal-infant/child relationship (sensory processes); and b) the amino acid tryptophan present in colostrum and breast milk but absent in formula milk (neurochemical processes)."  Read more here

They also sleep more deeply, with a study finding that during the active sleep phase, breastfed infants are significantly more rousable than formula-fed infants at two to three  months of age.  Dr Brian Palmer D.D.S has found a link between SIDS and suboptimal development of the facial muscles and jaw, caused by the unnatural sucking action from a bottle and pacifier.  Breastfeeding encourages a wide palate and so an unobstructed airway, which means protection may be as much down to the act of breastfeeding as breastmilk itself.

Really when we look at the thousands of live constituents breastmilk contains; hormones, antibodies, stem cells, cancer fighting cells etc etc, which we know impact on the baby's body massively, what is the cost of depriving baby of this?

But whilst everyone was told "place baby on backs at the foot of the crib, use appropriate bedding and ensure the room temperature remains at 18 degrees", how many got the lowdown on the links with infant feeding?  How many have read there is "no proven link"?

Over the years I've started wondering about guilt, and I think for the most part our emotions are our own, there are few occasions when someone can make you feel something.   What I mean is, take this article - a first time pregnant mum might think wow, didn't know that.  A breastfeeding mum might feel wow, glad I stuck with it and be reassured.  A mum who has felt she has little choice but to stop breastfeeding might feel guilty.  But which of those did I cause?

Can passing evidence based accurate information cause anything, or is it far more likely that it's down to the person receiving the information?  Lets take the non breastfeeding mum again - within that group you might have someone who knew all this, decided to formula feed anyway (ie decided for them the risks were still comparatively small, and compared to their current situation were a better option) or you might have the mum that didn't know and wished she had as she had decided not to bother trying, because she had been sold the concept formula was "just as good".  Or you might have the mum who tried everything and the support failed her, who instead of blaming those who should have helped her, fruitlessly blames herself....another in an identical situation might rightly blame those who were supposed to inform her, and not blame herself for something she didn't even know!  It all depends on the person receiving the information...

For me the guilt culture has gone too far when it stops us giving mums the information they need to make their "choice" - the thing so many claim is a mother's right.  What about a mother's right to the facts?  Isn't it insulting to mothers to assume all would feel the same emotion upon receiving the facts?  Perhaps they could ask the mother whether she would like to know the facts as we best understand them, or the airy fairy version they think you can handle?  At what point will someone take legal action because information was withheld from them?

As we always say "an informed choice is a happy choice."

UPDATE July 13th 2011
(Reuters Health) - Babies who are breastfed - especially those only fed breast milk, and not formula as well - are less likely to die of sudden infant death syndrome, or SIDS, suggests a new analysis of past studies.

Breastfeeding could be linked to SIDS because it protects infants against minor infections that have also been shown to make sudden death more likely, the authors note. The World Health Organization, among other medical groups, recommends that mothers breastfeed their babies for the first six months of life.

In the new review, Hauck and her colleagues combined data from 18 studies that asked mothers of infants who had or hadn't died of SIDS about whether they breastfed the infants.

That led the authors to conclude that any breastfeeding helps protect a baby against sudden death.

"We found a protective effect even after controlling for factors that could explain the association," Hauck said. "For example, the link remained even when the authors took into account the fact that women who smoke cigarettes are less likely to breastfeed, and also may be more likely to have an infant die from SIDS".

You can read the full story here:http://pediatrics.aappublications.org/content/128/1/103.full

BREASTFEEDING has been added to the list of things mothers are advised to do to protect their baby from sudden infant death syndrome, with experts saying there is clear evidence breastfed babies have less than half the risk of dying unexpectedly.

"We can definitively say breastfeeding is protective as a specific risk reduction," Adjunct Professor Young said. "Babies that are breastfed tend to arouse more easily, and we also know the components of breast milk are such that babies are meant to feed more frequently, which means they are easier to rouse.

"Breast milk contains immune benefits that cannot be replaced by artificial formulas, no matter how hard the industry tries to improve their ingredients.

"We know that breastfeeding reduces the respiratory and gastro-intestinal infections that children experience, and we know that about 45 per cent of babies that die suddenly and unexpectedly had an illness in the previous two weeks."
Full story here: http://www.theaustralian.com.au/news/health-science/breastfeeding-now-on-sids-prevention-list/story-e6frg8y6-1226358205528