It's been a clickbait fest over the last 48 since the Royal College of Midwives (RCM) launched this press release, sending the tabloids into a bullshit frenzy.

First prize (you may need to sit down in shock) goes to the Daily Fail (who I'm not even sure bothered to even read the whole press release) with:


"End of the breastfeeding shaming: Midwives ordered not to judge new mothers who choose to bottle feed."

I've found myself becoming increasingly angry as all I've heard bandied about is that women must have a choice and we must respect that choice.

Well shut the front door!  Grown adults should make a choice and it should be respected - whatever next?  The right to vote?  Letting women work outside the home? I can see why that made the headlines in 2018. 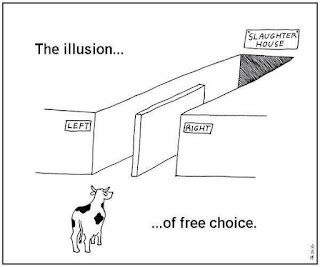 Except of course it's all absolute nonsense, because for the most part as I discuss in my book, mothers don't really get to make a choice at all; they have but the illusion of choice, which unsurprisingly leaves mothers pretty damn angry.

“If, after being given appropriate information, advice and support on breastfeeding, a woman chooses not to do so, or to give formula as well as breastfeeding, her choice must be respected.”

Women can make a choice to breastfeed, but if they can't find anyone to help them do in a way that's sustainable (ie without pain, without feeding 19 out of 24 hours because the baby can't ever be put down, with appropriate weight gain etc) - she may find herself left with no choice as something has to give.

A survey I ran found EIGHTY FIVE percent of over 1000 mothers surveyed said they DID NOT receive the help they needed to succeed.  Yet the choice about feeding according to the RCM is a woman's right!  So why then prey tell have funding cuts left mothers with even less support than ever before?  Why are tens of thousands of women even unable to get hold of a midwife?

Aren't we trying to use pretty wallpaper to cover up the crumbling walls?

The Daily Mail touch on this with:


"Those who want to breastfeed, but are unable to, are up to two and-a-half times more at risk of post-natal depression."

Random idea - perhaps if we helped those women to succeed, we wouldn't have to worry about trying to assuage their guilt at a later date?

Yet suddenly we only seem to care if the choice of a mother who chooses NOT to breastfeed is respected?  There's a right to bottle feed but no right to breastfeed.

Who will deliver all the "appropriate information" on which mothers will base their informed choice?   It would have to be a pretty long chat given most parents have virtually zero knowledge prior to pregnancy.

What format will this take?  Because the problem is it's incredibly difficult for midwives to both give evidence based feeding material AND yet not simultaneously be perceived as applying pressure as this post explores.  If a midwife tells a mother the risks of not breastfeeding her baby - given mothers typically want the best for their child, this information in itself could easily be perceived as pressure or a "guilt trip" if they didn't plan or want to do so.

I've learnt over the years in practice, that mothers will blame themselves and feel guilty for almost anything relating to their baby.  Even if it's something that you'd have needed a degree in medical science or  the gift of second sight to know - mothers will still utter the words "I should have known" or "I should have done...".

This happens so much, I've now taken to asking dad (or her significant other) - do you feel guilty or to blame?  It's fascinating it if only for the momentary look of confusion.   I've yet to meet one who does - why would you feel guilty about something you didn't know or couldn't change?  Yet mothers do.


"We would focus on the risks and benefits of both breastfeeding and formula feeding – and help them do that – rather than say “Oh, this mother’s decided to formula feed, we’re not going to help her”.

A dire quote if verbatim but regardless, listing the risks and benefits of breastfeeding is notoriously problematic for a healthcare system - since there are no health benefits to not breastfeeding, no area in which formula confers an improved outcome.  This means we're realistically going to give a heap of information to a mother which tells her lack of breastfeeding can impact negatively in the long-term.  Surely it's an unrealistic expectation that they won't then feel something if they can't or choose not to do so.

The reality as social media repeatedly highlights, is far many more mothers are told by their healthcare providers (including doctors and other senior medical professionals) to introduce formula, give a bottle or restrict breastfeeding - often because their lack of training and ignorance means they simply don't understand lactation.  But I guess that's not a convenient narrative.

Yet the media seems to forget women can read and think - instead others must be making these mothers feel guilty (their magic guilt inducing powers must be useless on dads since they don't get a media mention when it comes to feeding their offspring).  But given I recently saw a mum express guilt in the face of a research study, it would seem these recommendations are about as doable as rotating your hands and feet in different directions at the same time (it's really tricky, try it ;))

I'm still undecided whether we as mothers are conditioned via society to put up with this constant dialogue of drivel trickling into our daily lives.  That men aren't subject to this constant appraisal is spectacularly highlighted by the "Man who has it all" Twitter account.  If men were breastfeeding would we pat them patronisingly on the head and tell them not to feel guilty that resources had been cut so much there was no help and as such they were failed in feeding their child how they wanted?

I very much doubt it.