Whilst my publishers will probably put me in a headlock and give me Chinese burns for breaking off the book editing, I had to take a few minutes to address Alex Dyke and his BBC radio show yesterday

Although history teaches us dinosaurs are dead, Alex's misogynistic rants yesterday would seem to suggest
otherwise.  Not only did he call breastfeeding "unnatural" (how many years again is it since he studied biology?), but said men didn't actually support it, they just did it because they were scared of their wives.

Yes it's all a bit cringe isn't it "guys", yeah I'm young, hip and down with the kids.  I think he should give George Moss a shout and see how that goes down. 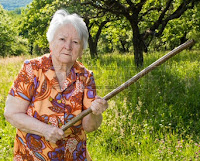 When a male caller argues that he does support breastfeeding in public, and it isn't always possible to time a baby's hunger, and anyway it's only social hangups that make it a problem; Alex sounding disbelieving tells him he must be scared of his wife too.  It left me wondering, how scary exactly is Mrs Dyke?  I have visions of her welcoming him home with a crowbar.

Perhaps that's why Alex seems to have some extreme fear of the female nipple?  Or maybe it's all nipples, leaving him with a phobia of changing rooms and hot days?

The poor bloke clearly has issues, so much so that when on a crowded bus with nowhere else to look (yes he really said that) he was forced to watch a breastfeeding mum. He states at first he didn't even realise what was going on, he thought she was just cuddling the baby - and then he realised *cue dramatic music*, she was secretly, underhandedly, discreetly breastfeeding!   He's obviously quite traumatised by the whole affair.

Ironically I'm sure he would've been the first to moan at being stuck on a bus with a crying baby too.

Alex is in fact so egocentric, he thinks that women should forgo their right to breastfeed in public, and babies shouldn't get to eat when hungry either - because (and I quote), it puts him in an embarrassing situation.

Do you think his producers were hastily trying to pass him notes pointing out those rights are protected by UK law?  Or that actually he might look a bit of a knob for suggesting his wants come before a baby's needs?  What about other things Alex sees that make him uncomfortable?

Let's be clear - this is not about breastfeeding versus formula.  It's not about a women sat on the bus with her breasts out on show (although I would argue we generally need to get over the whole issue with the female chest).  This was a mum sat, by his own admission discreetly breastfeeding her baby.

What's telling about his feelings towards women are his other comments.

He noted she was "quite a big girl", but what does her weight have to do with his story?  What if she had been slim, would it have been OK?  He comments that although dads care about their baby's health, it's not " a great look".   Alex has clearly bought into the notion that a female body and her breasts are there purely for the enjoyment of others and to be judged as such by the likes of him.

His first caller Brenda has similar bus rage; she witnessed a mum feeding her baby when he wasn't even crying.  Maybe Brenda had kids so long ago that she forgot crying is the last cue of hunger and that his attentive mum was probably responding to an early cue to prevent her baby becoming distressed.  Maybe her baby was premature or small and "forgets" to feed, so they're under instruction to feed the baby more frequently even when she doesn't cue?  Who knows?  Not Brenda that's for sure.  But then Brenda appears equally as outraged that the women took her rubbish off the bus with her, in a carrier bag, underneath the pushchair - so go figure.

His replies that "some women see this as their right of passage, and they're the kind of women that will be on women's hour", which was about where my jaw fell.

What follows only got worse, women who breastfeed in public are librarians with a moustache who "get them out because I'm going to feed the world" and "you wouldn't get the yummy mummy types doing it".  I'm guessing as oppose to the Katie Price type who get them out for fun.

Not only is this immature stereotyping about as offensive as claiming ISIS represents muslims everywhere, it's also as inaccurate.  Just for you to leer over Alex, some mums I think definitely fit the "yummy" category, breastfeeding in public.

I got a bit creeped out when he talks about "making love being the most normal thing in the world, but we don't do that in public"; as it suggests Alex can't separate breasts and sex, from an infant feeding.  The babies are eating Alex, just having their dinner...

He goes on to say he "blames earth mothers", as they're the ones "pushing boundaries" and making everyone else feel uncomfortable. I suspect some said similar when discussing desegregation, and without women "pushing boundaries" we would still be without the vote.  But don't let that stop your sexist outpourings Alex.

His third caller I'm sure impresses everyone at the start, by describing a "big black woman on the bus", before hastily saying that of course he had no problem that she was black.  Her baby was whingy (which would at least appease Brenda) and he couldn't believe she had a huge "melon" of a breast almost all outside her shirt with a baby on it!   He then recounts a story of blatant discrimination from an elderly woman - before saying actually he has no problem at all with public feeding.  Clearly he was more impressed by the giant breast than scared of it like Alex - who then asks whether breastfeeding women should wear a sign around their necks like a broken down car, or a hat saying "warning I may breastfeed"?  Please, please some WAHM knock up some of these?

I do genuinely have to wonder whether the Beeb are overworking their staff in the current climate? 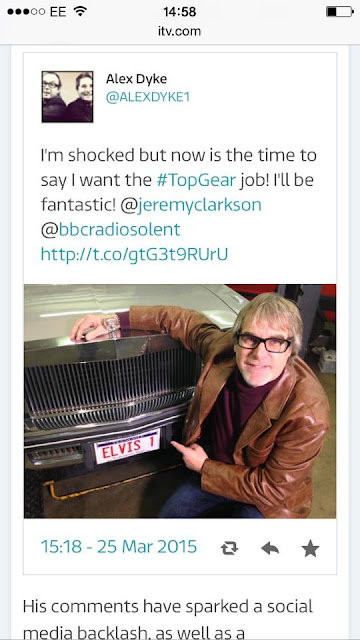 The cynic in me (and two friends who are journalists) suspect actually his rants are really just a bid for publicity.  After all Alex Dyke has been around a while, yet who had a clue who he was until yesterday? Less than a couple of thousand Facebook "fans", hardly a cleb.  Did his ratings need a boost?

They say there's no such thing as bad publicity, which I guess it probably true if you want to be known for being an arse.  Well done Alex - that panned out really well for Mr Clarkson.
Posted by Analytical Armadillo IBCLC