When discussing the implications of not receiving human milk, it never ceases to amaze me how many rush to answer with details of how they didn't breastfeed - yet them/their child doesn't have XYZ (whatever is being discussed); thus they can conclude the study/discussion in question is "rubbish".

Generally no other supporting evidence follows, the conclusion is reached purely based up on their personal experience.

This is quite typical of human nature I think.  We base our "norms" on what we see around us, we are less likely to believe negative implications of something unless we see/experience it first hand.  Furthermore it's very difficult for a mother to begin to contemplate negative implications that may relate to her own child - believing it's rubbish is an inherently more comfortable position.

But it doesn't take a genius to establish this logic is fatally flawed.  If you don't know anyone who smokes and has died of lung cancer, is it accurate to conclude smoking doesn't cause harm?  Many of us were raised without booster seats in the car for older toddlers/children - I didn't come to harm in a crash therefore does that mean nobody else has?  That we can abandon safety in the fact of anecdotal evidence?

The reality is that when discussing infant feeding, we are talking risks not certainties.

Noun: The possibility of suffering harm or loss; danger.

Cer·tain·ty
Noun: Firm conviction that something is the case. 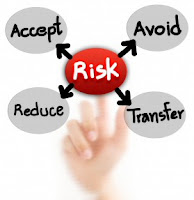 Saying not breastfeeding is linked with increased risk of obesity or SIDS or diabetes does not, I repeat does not, thrice I will say does not mean every non breastfed infant will turn out fat, suffer SIDS or end up diabetic.  Nor does it mean no breastfed baby will become overweight, not become a victim of SIDS or develop diabetes.

What it does mean is if you take two groups - one breastfed and one not, those not breastfed would be more likely or have a higher chance of developing XYZ.  Sometimes this risk is slight, other times more significant - but it remains a risk not a given.

If we can maintain this perspective, perhaps it may lead to more progressive dialogue whereby instead of debate over whether one has/hasn't had experience something that tallies with what evidence is telling us - we could instead move on to discuss how to reduce whatever risk is in question.
Posted by Analytical Armadillo IBCLC