What Channel 4 Dispatches Didn't Expose About the Infant Formula Industry

Many watched with interest last night as Channel 4 Dispatches exposed infant formula manufacturers and the insidious marketing tactics used.  Top quotes from the programme included this, this, this, this and this.

What Dispatches didn't cover though, is the further problem of retailers, consistently repeatedly flouting the law with seemingly little consequence. Week after week after week offences are repeatedly highlighted and reported on social media - despite retailers claiming their systems won't even allow illegal discounting on first milks...

I scanned Baby Milk Action's Twitter feed.  Here are a sample of the breaches reported in the last month - it is by no means all as several report numerous violations: 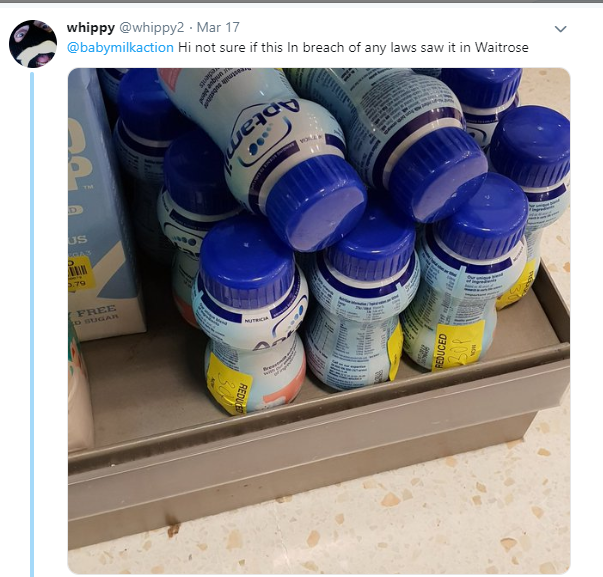 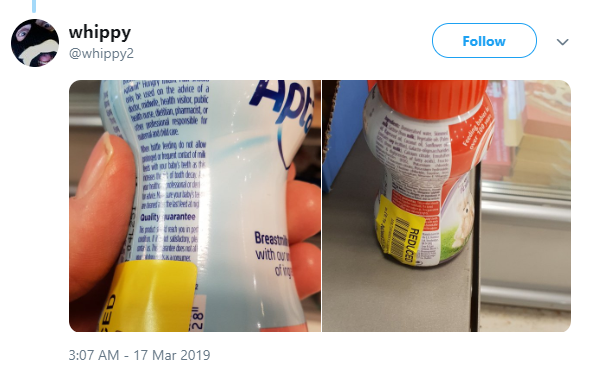 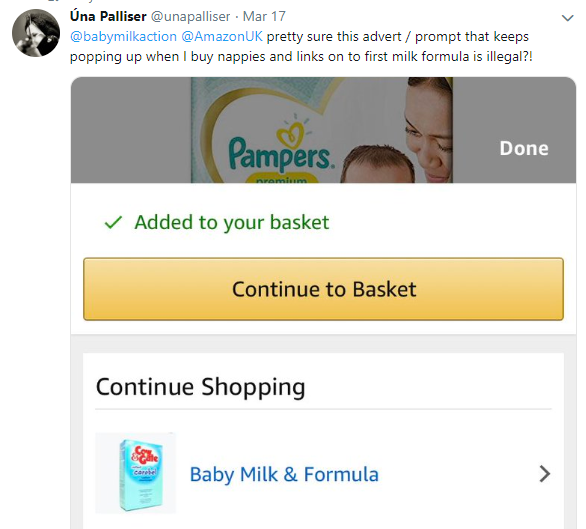 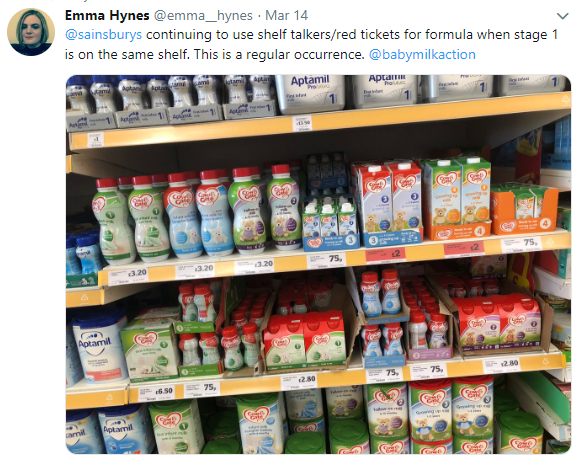 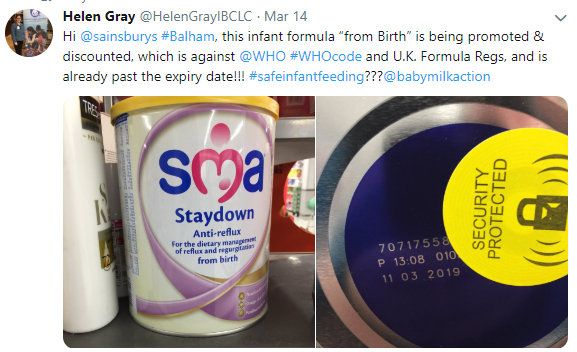 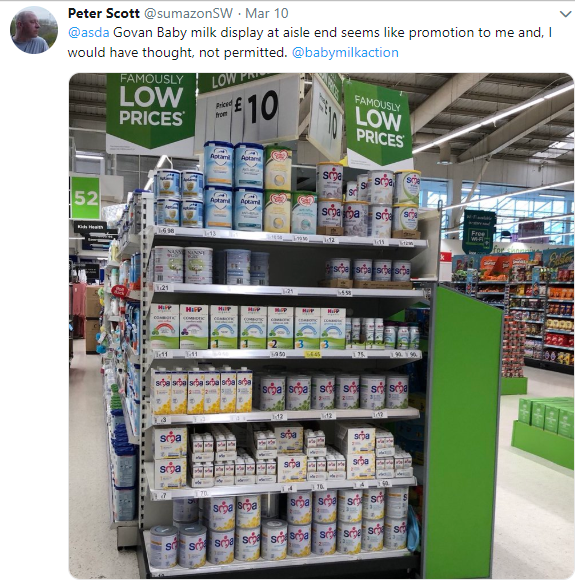 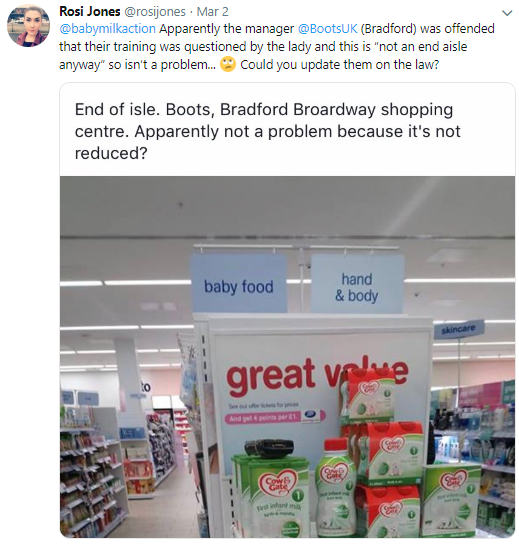 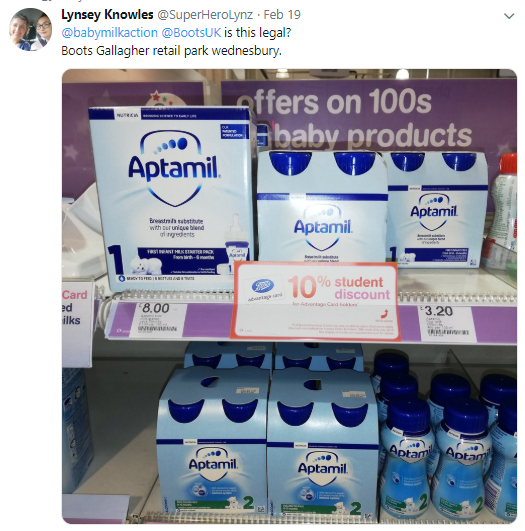 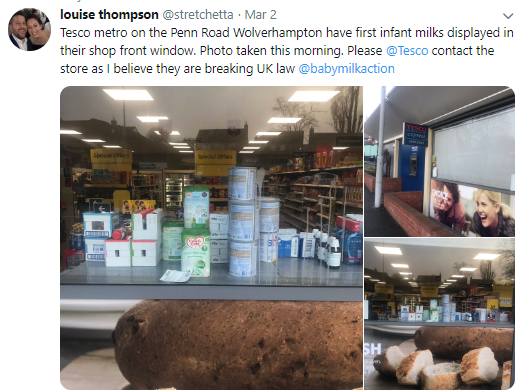 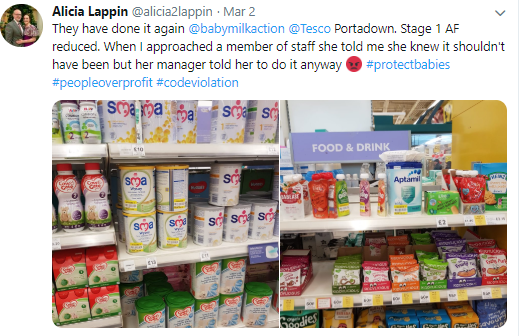 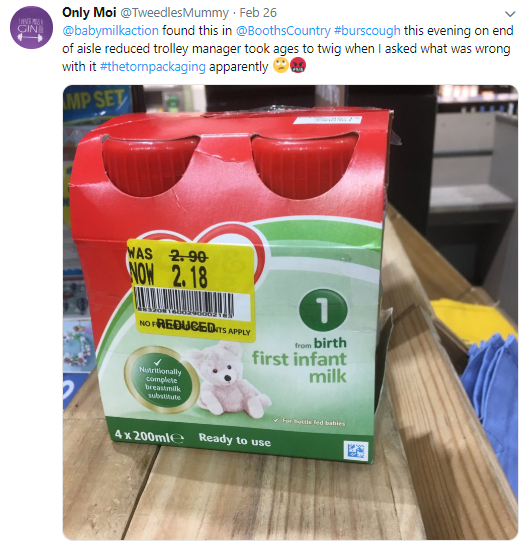 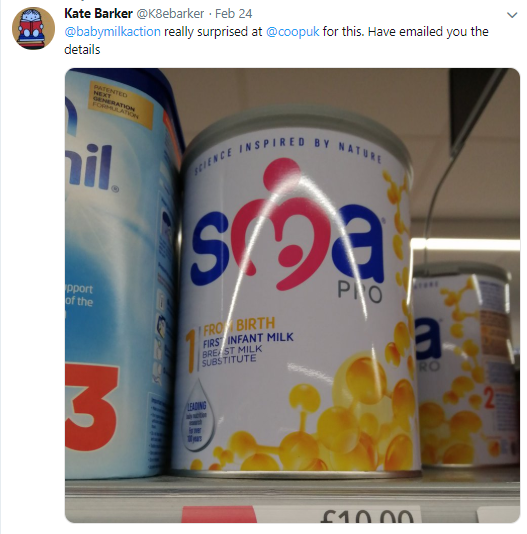 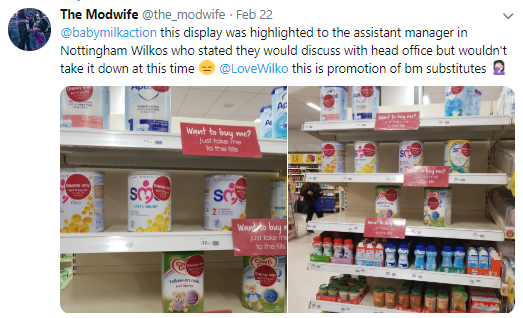 The law came into force over TWENTY years ago so retailers can hardly claim ignorance. When questioned all claim they adequately train staff, yet day after day new violations come to light.

Clearly the law is not rigorously enforced, to the point retailers clearly don't give a stuff about adhering to it.

This has been exposed by the media and Tesco highlighted as particularly problematic here.

'The law prohibits the promotion of baby formula milk. But we have seen Tesco do this time and time again, year after year.
'They claim it was a mistake and that it won't happen again, but then it does. They are treating the law as a joke.
'We have been saying Tesco should be prosecuted for repeatedly breaking the law.
'Trading Standards Officers will sometimes visit stores but their numbers have been cut back drastically, so there are just a couple of officers trying to hold these massive companies to account which means no prosecutions are being brought.
'Tesco do seem to be the worst offenders when it comes to this.'

What this means is that virtually all safe-guards to protect the consumer (in this case babies) are being blatantly ignored.  Companies are marketing to healthcare professionals, regulating themselves, providing the research and "evidence" and then ignoring laws regarding how it's sold.

How many documentaries and news reports do we need before something changes?
Analytical Armadillo IBCLC
Share