"A straw man is a common form of argument and is an informal fallacy based on giving the impression of refuting an opponent's argument, while actually refuting an argument that was not presented by that opponent. One who engages in this fallacy is said to be "attacking a straw man."

Infant feeding and discussion of, is fuelled by sleep-deprivation, hormones and significant cognitive dissonance - tangled up with complex emotions and a healthcare system that has now lost valuable skills.

Ultimately we know that many fail to receive adequate support when it comes to feeding their baby, leaving a wake of mothers failed by the system, society or both.

The perhaps most vocal response to this recently, is to claim that it doesn't really matter how we feed our babies anyway.

You can see how this happens - a mum wanted to breastfeed, couldn't and thus relays her story of the difficulties she's faced.  Human nature to many when it comes to hearing pain/distress in others, is to attempt to "fix" it.  To provide a solution which will relieve, however temporarily, the discomfort another is feeling.

To hear, acknowledge, to agree that not everyone can or wants to breastfeed or to help her unpick what happened may not feel enough - particularly when so many lack the skills to enable the latter.

So follows the response is that she shouldn't worry - as it doesn't really matter anyway...

The mum's words often read as though it mattered to her. Whether expressed as anger, guilt, sadness or in any other form, the one emotion that doesn't provoke a heated response is ambivalence.  Thus we can safely say mum is feeling something. To dismiss her desires or needs as unimportant seems the ultimate act of anti-feminism.

If a mum is telling you she wants to breastfeed, trying to convince her she's wrong and that it doesn't matter, or that she probably can't do it, that she's selfish and just doing it for herself, would really not be OK in any other discussion than how we feed our babies. 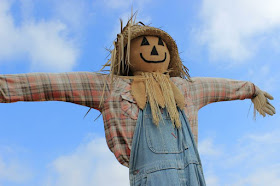 This is also when we typically see the Straw Man rear his head.

When it comes to infant feeding, the biggest clue is that the writer will often use made up terms to address imaginary groups of people - for example "lactivists".

Strangely enough this term doesn't appear in the recognised dictionaries, but we can turn to the urban dictionary for this definition:

That would seem to cover rather a large demographic - anyone who considers
himself an advocate, anyone who has breastfed, anyone who smiles at someone breastfeeding?

One article someone screenshot recently stated that "lactivists promote inadequate weight gain in babies by saying it's acceptable".

This is the classic straw-man, a technique to derail discussion by refuting an argument that has never been made.

There is no statement from the "world leader of lactivists", representing all lactivists worldwide making any such statement - they didn't ask me, did they ask you?  Who exactly are the "lactivists" referenced?

If  specific people are making the claim babies don't need food, addressing them directly would seem more effective than an open letter to a fictional collective.

"Lactation consultants" are another group readily attacked in a similar way.

Recently I read suggestion that "lactation consultants claim a single bottle of formula can destroy supply."

I'm an International Board Certified Lactation Consultant (IBCLC) and I don't claim this, so is my colleague Debs and neither does she.  My friend Helen in Canada is also an IBCLC and similarly makes no such claims, neither does Jo in the US.  Our regulatory body didn't make this statement - so perhaps what is actually meant is one person, somewhere, calling themselves a lactation consultant, said it?

We often see similar tactics employed by far-right groups, but they're often much more easily identified than when it comes to infant feeding.

Instead this anti-breastfeeding agenda is promoted as merely a reasonable middle ground - a place where no infant feeding method is considered superior to another, because this is really what many want to hear right?  Pat pat women on the head, don't fret dear...

Imagine this in any other area of health - does what adults eat matter or will my GP be promoting beige ready meals and chips next?  If so at what age does it shift from not mattering to being the cornerstone of health?
What about an active lifestyle, is there really enough consistently convincing evidence we need to move?

The next time someone tells you how a mother feeds her baby doesn't matter, blow out the gaslight and listen to the mothers telling you it does.
Analytical Armadillo IBCLC
Share